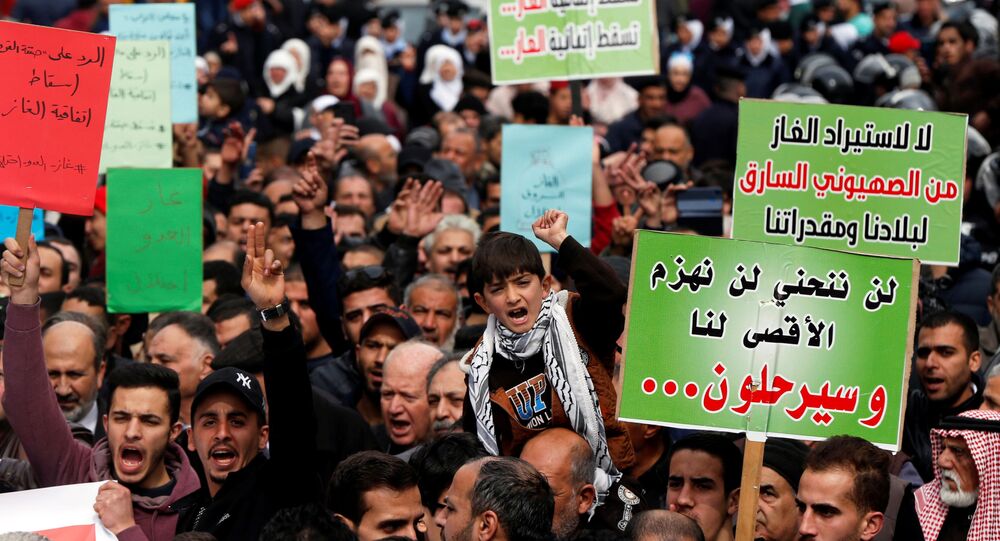 Nearly all respondents to a recent survey on US President Donald Trump’s so-called “deal of the century” for the Israeli-Palestinian conflict reject the proposal, and a majority of those polled believe the plan has absolutely no chance of putting an end to Israeli occupation in the area.

“I don’t think we’ve ever seen such a level of consensus among the Palestinian public,” Khalil Shikaki, director of the Palestinian Center for Policy and Survey Research, said, as reported by the Associated Press on February 11.

Shikaki told the outlet that support for a two-state solution with Israel has plummeted to the lowest level since the center began conducting surveys almost three decades ago. He revealed that only 39% of Palestinians polled were interested in a two-state solution, while 59% of those surveyed were opposed to such an idea. At the same time, backing of a one-state solution grew from 28% in December 2019 to 37% in the recent survey.

Speaking Thursday to reporters at the Jerusalem Press Club, Shikaki argued that Trump’s plan seeks to give Israel everything it wants and more. He went on to say that the Palestinians fear “the Israelis will get used to that, and they will not accept less. We [Palestinians], on the other hand, find this totally unacceptable.”

“If we thought yesterday [prior to the publication of the Trump plan] we could find some bridging proposal, that is gone,” Shikaki said, according to the Jerusalem Post.

The director added that 64% of those polled said that they would be in favor of a return to armed conflict in response to Trump’s so-called “deal of the century.”

“In all the questions in which violence is mentioned we see an increase, a significant increase,” he noted. Results in the survey had a 3% margin of error.

The results came alongside head of the Palestinian Authority Mahmoud Abbas’ New York news conference announcement that he would be willing to come to the negotiating table if peace talks were based off a previous plan drafted by former Israeli Prime Minister Ehud Olmert in 2008. Abbas repeatedly expressed at the conference that Palestinians reject the deal drawn up by the Trump administration, claiming it would push "the region and its people further and further into the cycle of violence and chaos.”

On Wednesday, the United Nations Office of Human Rights published a report which identified some 112 Israeli companies engaging in “certain activities” related to Israeli settlements within the Palestinian-controlled West Bank.

While Riyad al-Maliki, the foreign affairs minister of the Palestinian National Authority, applauded the report, Israeli Foreign Minister Israel Katz issued a statement which dubbed the announcement a “shameful capitulation to pressure” from countries and organizations that wish to hurt Israel. The Israeli official went on to freeze the country’s contacts with the UN office, stating that the Office of the United Nations High Commissioner for Human Rights had moved to encourage a boycott campaign of Israel.