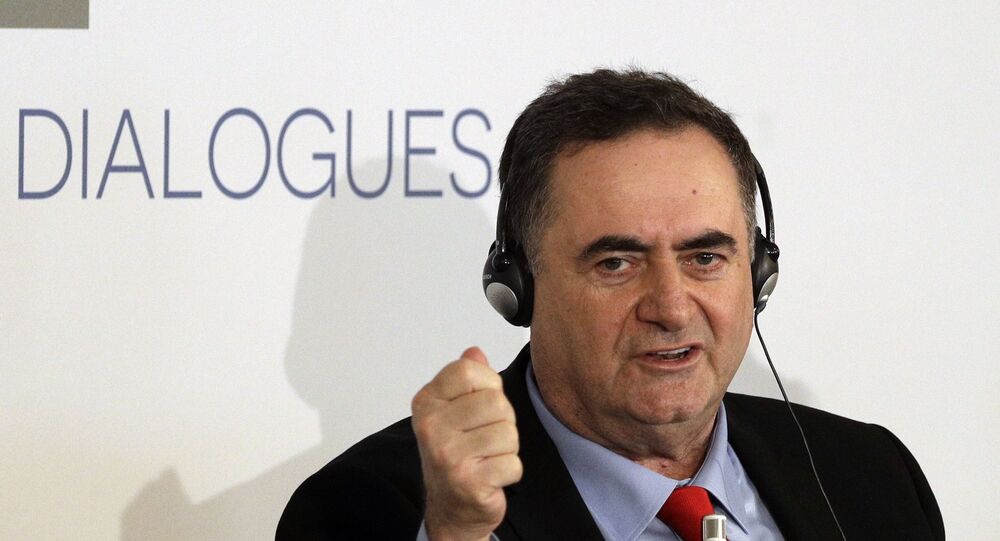 TEL AVIV (Sputnik) - Israeli Foreign Minister Israel Katz ordered Foreign Ministry officials to freeze contacts with the Office of the United Nations High Commissioner for Human Rights after the OHCHR published a blacklist of companies cooperating with Israeli settlements in the West Bank.

"Foreign Minister Israel Katz ordered the Foreign Ministry to freeze contacts with the Office of the UN High Commissioner for Human Rights, which encourages the campaign to boycott Israel", the Israeli Foreign Ministry said in a statement. Katz added that the move was intended to protect companies operating in Israel.

The UN Office of Human Rights earlier identified dozens of companies doing business with illegal Israeli settlements in Palestinian Authority's occupied West Bank. According to a press release, the OHCHR found "112 business entities which the UN Human Rights Office, on the basis of the information it has gathered, has reasonable grounds to conclude have been involved in one or more of the specific activities referenced in Human Rights Council resolution 31/36 [“Israeli settlements in the Occupied Palestinian Territory, including East Jerusalem, and in the occupied Syrian Golan”]".

The OHCHR said that 94 of the offending entities are based in Israel, while 18 are headquartered in six other nations. The list includes  major Israeli banks such as Bank Hapoalim, Bank Leumi and Bank Beinleumi, as well as major mobile telecommunications operators, retail and manufacturers.

The report noted that the publication of the list of these companies does not represent a judicial process, and any further steps regarding its mandate will be discussed among the member states of the Human Rights Council during its next session starting on 24 February.

In January, the OHCHR called on the global community to condemn US President Donald Trump’s Middle East peace plan permitting Tel Aviv to extend its sovereignty over Palestinian territory.

The OHCHR and most UN member states view the Israeli settlements in the West Bank as illegal. Israel occupied the West Bank during the Sixth-Day War in 1967. Since then, the Palestinian Authority has consistently demanded the return of seized territories.

Tel Aviv has also been building homes for Jewish settlers on the seized territories. Some 600,000 Israelis now live in the West Bank and Eastern Jerusalem. Israeli forces routinely raid Palestinian settlements searching for suspects and often clash with civilians in the process.