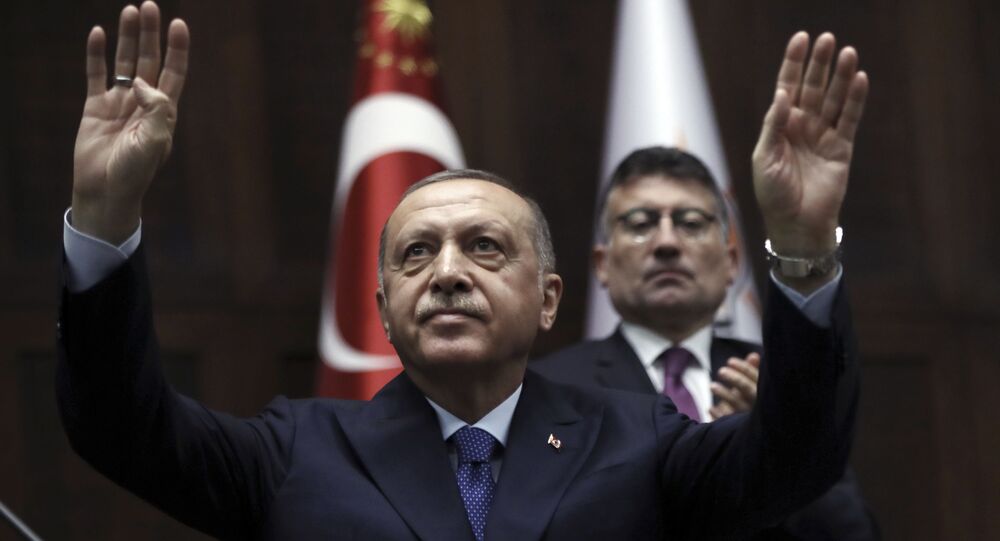 Turkish President Recep Tayyip Erdogan has said that Turkey does not want the Middle East to turn into an area for military operations, while insisting that tensions between Washington and Tehran have reached a dangerous level.

"We have been going through a difficult time lately. US relations with Iran have reached a level that worries us very much. We do not want our region to become a war zone", Erdogan said.

The Turkish president also said that Ankara was engaged in "active diplomatic efforts" to reduce the tensions in the region, including a constant dialogue with Moscow.

Erdogan's comments were made as he and his Russian counterpart Vladimir Putin were in Istanbul to launch the new TurkStream gas pipeline, which will transport Russian gas to Turkey via the Black Sea.

© REUTERS / Mehdi Bolourian/Fars News Agency/WANA
'Our Final Answer to Soleimani Assassination Will be to Kick All US Forces Out of Region' - Rouhani
Earlier on Wednesday morning, Iran launched two waves of airstrikes against US military facilities in Iraq's Erbil and Ayn al-Asad Air Base, where American military personnel and coalition forces are housed. No information about casualties has been confirmed by Washington so far. The attacks followed the assassination of Major General Qasem Soleimani, Commander of the IRGC's Quds Force by US drone strike on 3 January.

Tehran vowed to avenge the killing of its top military commander, while pledging to "remove" America from the region. Iraqi officials also condemned the US airstrike, later passing a motion in Parliament to expel all foreign military presence from the country.