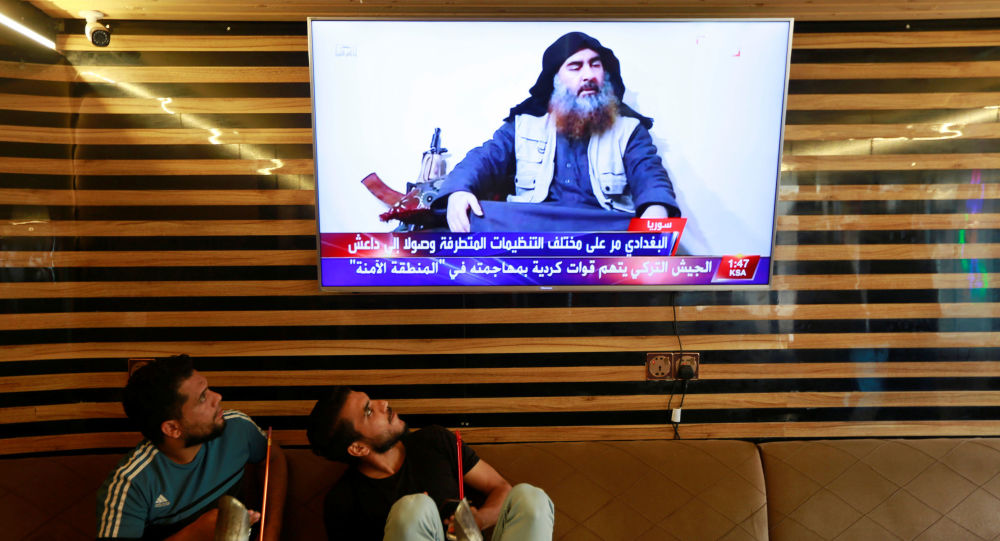 WASHINGTON (Sputnik) - Americans may be able to watch parts of the weekend raid by US Special Forces on the compound of Daesh* terror group leader Abu Bakr al-Baghdadi's, in which Baghdadi blew himself up with three children to avoid capture, US President Donald Trump told reporters.

"The question was, ‘am I considering releasing video footage of the raid,’ and we may take certain parts of it and release it. Yes", Trump said while boarding Air Force One on his way to Chicago.

The statement comes after Trump announced a day earlier that Baghdadi was chased to the end of an underground tunnel by US military dogs during the raid, saying he whimpered, cried and screamed all the way.

Accompanied by three children, Mr al-Baghdadi then detonated a suicide vest, blowing up himself and the children when trapped at the end of a tunnel, Trump said.

Trump declined to inform House of Representatives Speaker Nancy Pelosi of the raid beforehand, fearing that members of Congress would compromise the operation with leaks. The Russian Defence Ministry, in turn, said that it had possessed no reliable data regarding the US operation and had reasons to question its credibility.

The terrorist number one made his first media appearance in 2014 when Daesh declared itself a caliphate under Baghdadi's leadership. Since then, he has made headlines multiple times with claims that he had been killed.