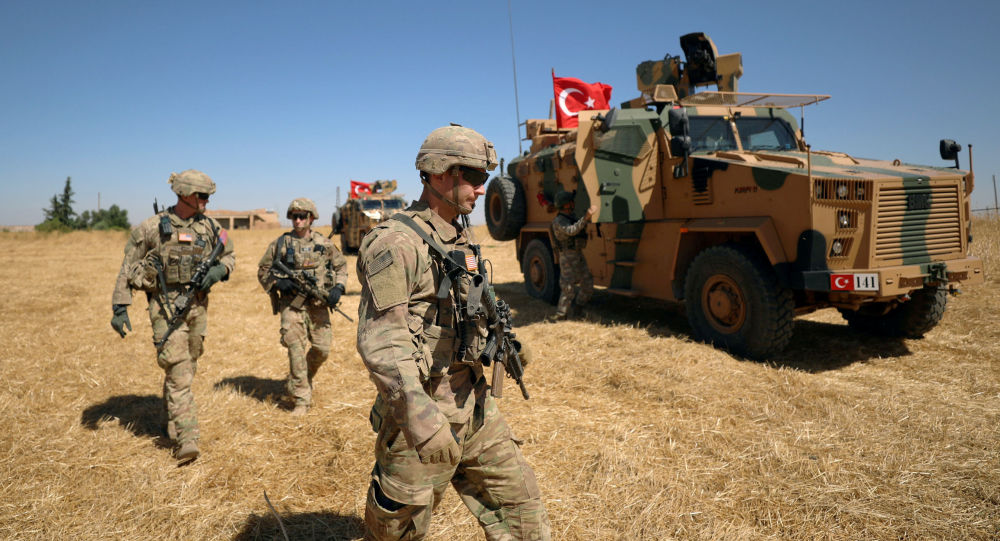 Turkish Presidential Spokesman: There Was 'Intense' Military Diplomacy With US Before Baghdadi Op

A day earlier, US President Donald Trump announced having hunted down Abu Bakr al-Baghdadi, the leader of the Daesh* terrorist organisation in Syria's Idlib and thanked Russia, Iraq, Syria, and Turkey for their assistance in the mission.

Turkish presidential spokesman Ibrahim Kalin has told reporters that there was "intense" military coordination with the US before the Baghdadi operation.

"Our military and intelligence units were in contact with their American counterparts on this issue and they coordinated. Especially...the night when the operation was conducted, we can say there was intense diplomacy between our military authorities. A terrorist organisation nesting in Syria, near our border, or any other region, is not something we can accept", he stated.

The statement comes after Trump announced the death of Baghdadi claiming that Russia, in particular, "treated [the US military] great" and opened up the Syrian airspace under its control for the US fleet of helicopters to access the Daesh leader. The Russian Defenсe Ministry, in turn, stated that it possessed no reliable data about the US operation and had reasons to question the veracity of the announcement.

The Turkish offensive, launched on 9 October, aimed to clear the Turkish-Syrian border area of Daesh terrorists and Kurdish militants, which for Turkey are interchangeable terms, and create a so-called safe zone there for the further accommodation of Syrian refugees who are currently residing in Turkey. The Syrian government has denounced the Turkish offensive in northern Syria as an act of aggression, while Russia, as well as a number of Arab and Western nations, including the United States, voiced concern over the developing operation.

Since Baghdadi first hit the headlines in 2014, there have been multiple reports of his death. The Russian Defence Ministry said that Baghdadi could have been killed as a result of a strike by the Russian Aerospace Forces on 28 May 2017, in the southern suburbs of Raqqa. But in September 2017, an alleged audio recording of Baghdadi emerged, casting fresh doubt on whether the terrorist leader was dead or alive.