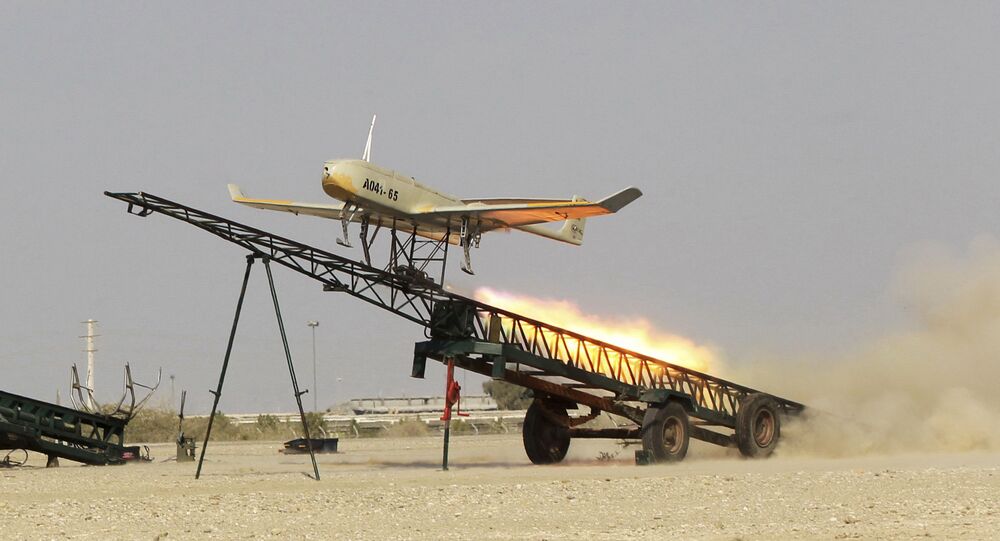 The Islamic Revolutionary Guard Corps (IRGC) released footage on Friday made by an Iranian drone flying over the Strait of Hormuz, refuting previous claims made by the US Navy that the United States downed the unmanned vehicle.

The commander of the IRGC Aerospace Force, Brigadier General Amir Ali Hajizadeh, again refuted US claims on Sunday, according to the Mehr News Agency.

"That was quite a big lie. We could not believe that the president of a country talked about the issue while directly talking to journalists. That's why we checked the issue several times with our different units, and denials (from Tehran) were delayed for several hours", Hajizadeh said, cited by Mehr.

The commander of the IRGC Aerospace Force on Sunday also stressed that IRGC vehicles constantly monitor US Navy movements in the region, adding that Americans know their president's claim is a big lie.

The footage, broadcast earlier over the Press TV news outlet, shows the drone flying about the region and recording image files of the US Navy's USS Boxer, escorted by five other ships, entering the strait.

On Thursday, the Pentagon said an alleged Iranian drone came within "threatening range" of a US warship in the Strait of Hormuz before being shot down by US forces in a defensive action.

Later, Iranian Deputy Foreign Minister Seyed Abbas Araghchi suggested that the USS Boxer may have shot down its own unmanned aerial vehicle.

The situation in the Persian Gulf area has recently deteriorated as several oil tankers from various nations have been attacked there and in the neighboring Gulf of Oman. The United States and its regional allies claimed that Iran had a role in the incidents, and Tehran denies the allegations. The United States has announced a further increase of warships and troops to the region.

Tehran subsequently announced that it downed a US surveillance drone flying over the coastal Hormozgan Province after the vehicle crossed into Iran airspace. The US military claimed the drone had been shot down while operating over international waters in the Strait of Hormuz.

In the wake of the incident, US President Donald Trump said he had ordered strikes on targets in Iran but called off the attacks because they would be a disproportionate response.

The commander of the IRGC, Hossein Salami, on Thursday warned that Iran’s defence strategy would become offensive in the event of an "error on the part of the enemy".