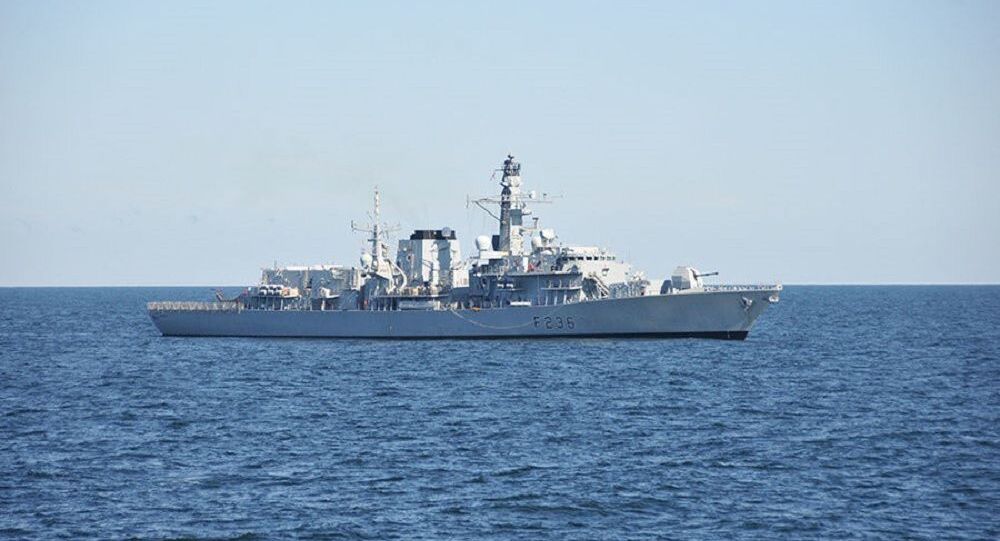 Over the past two days, British oil tankers in the Strait of Hormuz and Persian Gulf have reportedly been spotted under escort by Royal Navy vessels. Although the reason for this has not been officially explained, the situation comes amid threats by Tehran to seize British ships in response to the arrest of its tanker in Gibraltar.

The UK Department for Transport has issued a recommendation to British commercial ships near the Strait of Hormuz to exercise caution and put their security in a heightened state in case they are approached by "aggressive" Iranian patrol boats, Sky News reported, citing anonymous sources.

Reuters has likewise reported, citing an anonymous UK security source, that the government has raised the security code to the highest, critical level for all British ships sailing in Iranian waters. At the same time, the report suggested that not all British ships in the Gulf would be escorted by military vessels. The same source said that London would be "resolute" in defending its interests at sea, but noted that the country isn’t seeking an escalation of tensions with Iran.

A source in the shipping industry told the Sky News broadcaster that in line with the new recommendations, the vessels are now keeping more watchmen on deck and have increased their speed in order to "keep safe".

A spokesman for the Department for Transport acknowledged that the government body issues guidelines for ships operating in high-risk areas, but stopped short of confirming the Sky News report.

At the same time, US Central Command issued a statement calling on the international community to work out a solution to ensure the safety of navigation.

"Threats to international freedom of navigation require an international solution. The world economy depends on the free flow of commerce, and it is incumbent on all nations to protect and preserve this lynchpin of global prosperity", the CENTCOM's spokesman said.

Amid the unfolding situation surrounding the security of British tankers, US General Mark Milley, the incoming chairman of the Joint Chiefs of Staff, said during a hearing in the Senate that the US and its allies are considering organising escorts for tankers sailing through the Gulf.

The same day, authorities in the British territory of Gibraltar announced the seizure of all documents and electronic devices from the Grace 1 Iranian tanker that was detained earlier in July, as well as the arrest of its captain and chief officer. They have still not been charged, but are suspected of breaching EU sanctions, which prohibit shipping oil to Syria. A spokesman for Gibraltar’s police added that the tanker remains detained, as the investigation is still ongoing.

British authorities arrested the Grace 1 tanker after London’s US allies tipped them off that it could be carrying Iranian oil to Syria in violation of EU sanctions. Tehran insists that the oil was not destined for Syrian ports.

Reports of the heightened security alert for British ships comes on the same day as a US Department of Defence official told Reuters that five armed Iranian boats had attempted to approach the British Heritage oil tanker travelling in the Persian Gulf, but were reportedly fended off by the accompanying Royal Navy warship HMS Montrose. The UK government's spokesperson later confirmed the report.

However, Iran's Islamic Revolutionary Guard Corps (IRGC) has rejected claims about the incident, stating that its boats haven’t approached British vessels in the last 24 hours.

At least two British oil tankers have been spotted with an escort of Royal Navy and NATO ships over the last few days. The move comes amid warnings from Tehran that a British ship could be seized in response to the "illegal" detention of an Iranian oil tanker in Gibraltar, which took place earlier this month.
Commenting on the move, Iran's President Hassan Rouhani mocked the UK, noting that there would be no need for military escorts of UK tankers if London hadn't endangered the safety of navigation by seizing the Iranian tanker.