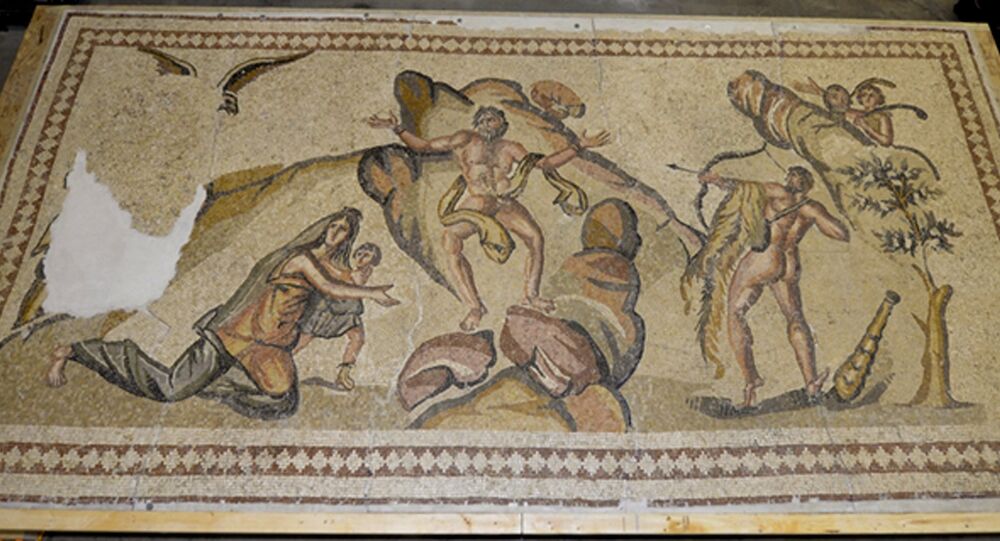 Syria is home to some of the oldest continuously inhabited settlements in the world, and contains cultural artifacts from numerous ancient empires. Amid the war in Syria archeologists worldwide have looked on in horror as terrorists looted and destroyed priceless artifacts in areas under their control.

The Syrian Foreign Ministry has condemned what it said were illegal excavation works by US, French, and Turkish troops as well as their local allies in areas of Syria under their control, including ancient sites at Manbij, Afrin, Idlib, Hasaka, and Raqqa.

Speaking to the Syrian Arab News Agency (SANA) on Monday, a ministry official said that there had been an increase in excavation work, looting, and theft of ancient cultural artifacts.

"These actions represent a new war crime added to the crimes committed against the Syrian people and Syrian heritage", the official said. According to Damascus, the looting of Syria's historical treasures is part of a deliberate plot by terrorist organisations and their backers to rob the Syrian people of their past and destroy the country's civilisational and cultural heritage.

© Sputnik / Michael Alaeddin
Syrian Army Recovers Roman Artifacts Looted By Daesh From Palmyra - Reports
The Foreign Ministry called on the United Nations Educational, Scientific and Cultural Organization (UNESCO) to condemn the alleged violations and expose those who stand behind them.

The Foreign Ministry statement follows remarks by Mahmoud Hammoud, director general of Syria's museums and antiquities, alleging that the US, France, and Kurdish militias were carrying out illegal excavations in northern Syria in areas under their control, including "archeological tombs in the eastern side of Manbij".

"We hope that the Syrian Army will return peace and security to all those areas soon because it's the only force capable of protecting our heritage", Hammoud stressed, speaking to SANA on Sunday.

The Syrian government has devoted considerable resources to the search for looted artifacts, and is working with international authorities to recover treasures illegally smuggled abroad by criminal enterprises during the terrorist occupation. In late October, authorities reopened the National Museum of Damascus, touting it as a symbolic "political, cultural, and economic victory", a symbol of the return to normal life and defiance of efforts by terrorists to loot and destroy the country's treasures. In September, authorities began a major project to restore the Krak de Chevaliers, an 11th century castle in Homs.

© Sputnik / Andrey Stenin
Syria Begins Reconstruction of UNESCO World Heritage Castle Near Homs
During the war in Syria against Daesh (ISIS)*, archeologists, historians, and anthropologists were horrified by videos of terrorists attempting to destroy Palmyra, the former ancient capital of the Palmyrene Empire and one of the most prosperous cities of the Roman Empire. During its occupation, Daesh destroyed several UNESCO World Heritage sites, including the Arch of Triumph, the Temple of Baalshamin and the Temple of Bel. The destruction was accompanied by cruelty against the local population, including Khaled al-Asaad, the chief archeologist who cared for the city's antiquities and who was executed in Palmyra's Roman Amphitheatre. Russian military and civilian specialists have played an important role in the work to restore the city. In August the governor of Homs said Palmyra should be ready to receive tourists by the summer of 2019.