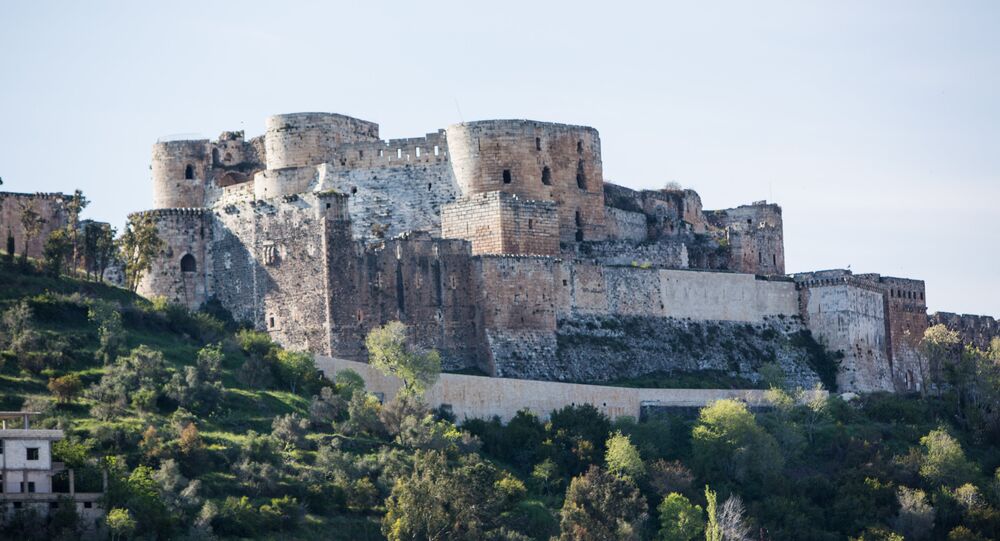 HOMS (Syria) (Sputnik) - Syrian specialists have proceeded with the works to reconstruct Krak des Chevaliers castle, which was occupied by militants during the fighting in the Syrian city of Homs, Khazan Khanaf, a chief engineer responsible for the reconstruction works, said on Monday.

The 11th-century castle has been recognized by the UN Educational, Scientific and Cultural Organization (UNESCO) as a World Heritage Site.

"We are trying to keep all in a pristine state. The militants' shells crashed through [the castle's] roof, which let water in and put at risk the monument. We have reconstructed the roof by ourselves," Khanaf said.

© Sputnik / Mikhail Voskresenskiy
Return to Peaceful Life: Syrian Military Continues to Clear Homs From Explosives - MoD
According to Khanaf, restorers have much work to be done, in particular, they will have to restore the castle's old frescoes.

The Syrian authorities are currently reconstructing a number of historical monuments across the country, destroyed by the members of illegal armed groups. The Western countries and UNESCO have pledged their assistance to Syria in this regard on numerous occasions, however, they have not joined the works carried out by the Syrian and Russian specialists so far.