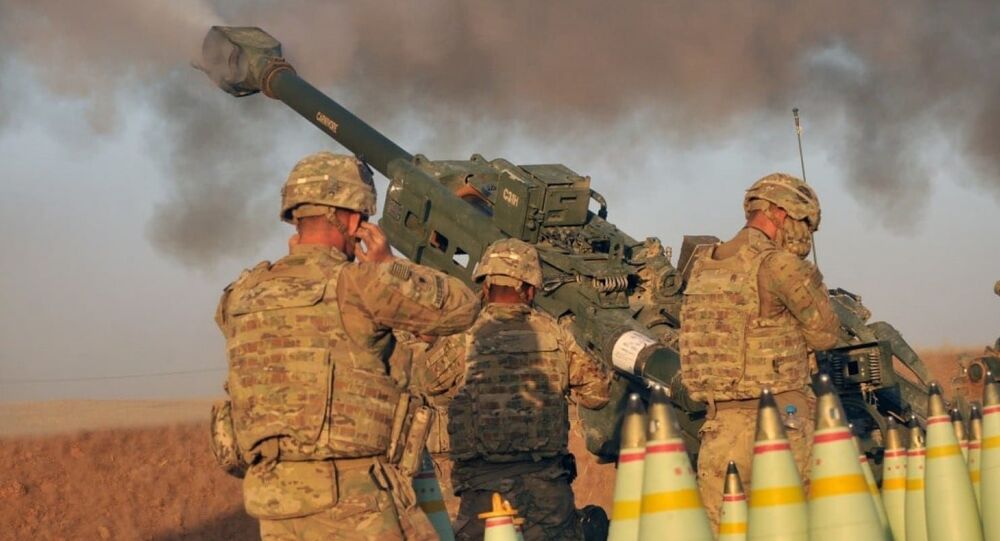 US Resumes Strikes East of Euphrates, Including Use of Phosphorus Bombs - Moscow

Earlier, US-led Coalition spokespersons denied that the coalition has used either cluster bombs or white phosphorus munitions in strikes against urban and civilian-populated areas in eastern Syria.

"The Americans have resumed intensive airstrikes against terrorist-controlled settlements along the eastern bank of Euphrates, including, according to local residents, the use of white phosphorus munitions," Zakharova said, speaking at a press briefing in Moscow on Thursday.

© AP Photo / Osama Sami
US-Led Coalition Denies Use of Cluster Bombs in Syria Amid Reported Civilian Casualties
Last week, SANA reported that the Coalition used white phorphorus in Hajin in strikes earlier this month. A spokesman said that the Coalition would investigate reported civilian casualties, but did not address the alleged use of white phosphorus. The Coalition has previously denied the use of the type of munitions, calling Syrian media claims on the issue "totally false."

White phosphorus munitions are banned under the 1977 First Additional Protocol to the 1949 Geneva Conventions.

The US-Led Coalition began a campaign of airstrikes in Syria in 2014, following up with ground-based operations in eastern and southern Syria. The Syrian government has condemned the Coalition's efforts, stressing that they have not been authorized by the Syrian government or the UN Security Council. Damascus has also repeatedly accused Washington of waging a phony war on the jihadists, pointing to numerous reports of the US providing assistance to suspected terrorist targets or interfering with Syrian military efforts to destroy Daesh* and other terrorist militants operating on Syrian soil.