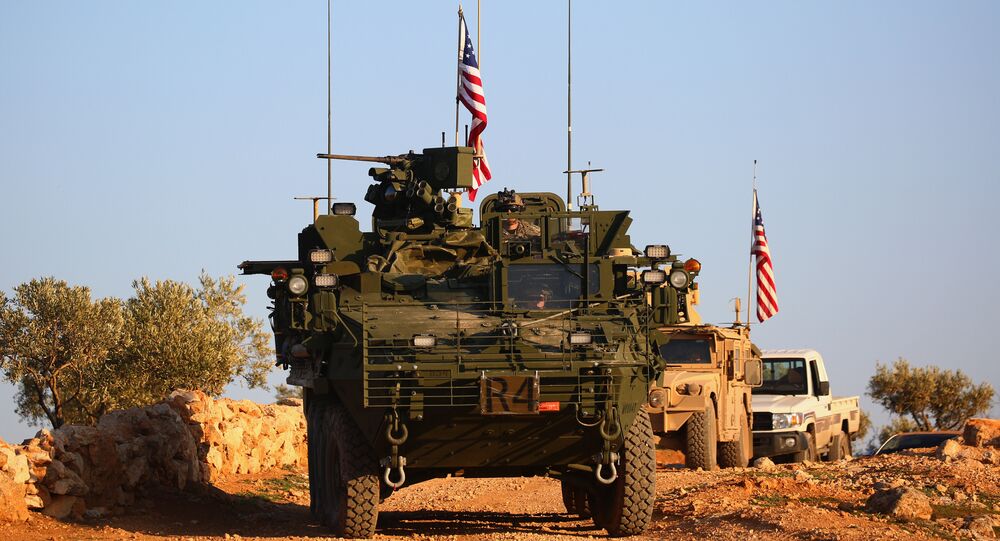 According to the coalition, the reports of the deaths of the civilians due to the airstrikes in Hajin are under investigation.

"We've heard claims of strikes in Hajin reportedly killing civilians. As part of the stringent planning process in identifying ISIS [Daesh] targets, we take extraordinary measures to avoid civilian casualties and take all instances of civilian casualties seriously. This incident is currently under investigation," the coalition's spokesperson said.

In the meantime, the Syrian Foreign Ministry has reportedly sent two letters to the United Nations over the deadly airstrikes, carried out by the US-led coalition.

© AP Photo / Hassan Ammar
US-Led Coalition Strikes Kill 26 Civilians in Eastern Syria - Reports
The Syrian Foreign Ministry said in a statement, quoted by SANA, that the incident had "once again" denounced US "false" claims on contributing to terrorism fight, proving that the United States indeed aimed at "killing as many Syrian people's sons as possible."

The ministry called on the UN Security Council to take "serious and immediate" steps toward non-repetition of such attacks, and also to create an independent international mechanism for the investigation into such incidents.

Earlier in November, the Syrian Arab News Agency (SANA) reported that the coalition carried out airstrikes in the region using white phosphorus munitions, which are banned under the 1977 First Additional Protocol to the 1949 Geneva Conventions.

© CC BY-SA 2.0 / U.S. Embassy Tel Aviv / DSC_0461
US Hopes Russia Will Allow Israel to Bomb Iranian Forces in Syria
The province of Deir ez-Zor was partly occupied and besieged by Daesh between 2014 and 2017 when Syrian government forces launched an offensive against terrorists and lifted the siege.

The US-led coalition of more than 70 countries has been conducting military operations against Daesh in Syria and Iraq. However, the coalition’s activity in Syria has not been authorised by the government of President Bashar Assad or the UN Security Council.