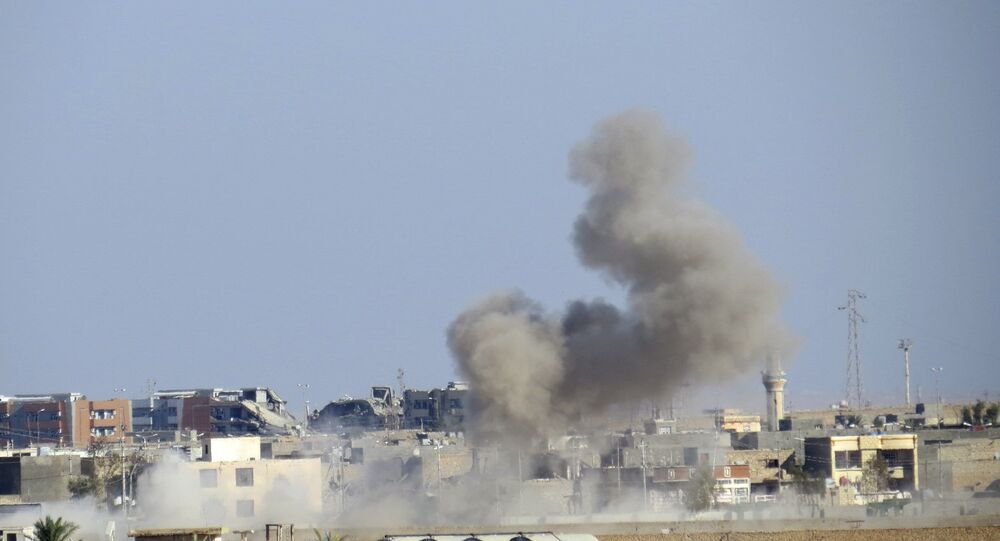 WASHINGTON (Sputnik) - The reports that the US-led coalition against the Daesh* used cluster bombs in its airstrikes on Hajin city and Shaafa village in Syria's Deir ez-Zor province are untrue, coalition spokesman Sean Ryan told Sputnik on Thursday.

“This is false and CJTF-OIR air strikes targeted at ISIS in the Middle Euphrates River Valley conform to the Laws of Armed Conflict,” Ryan said.

Earlier, the Syrian Arab News Agency (SANA) has reported, citing local media and civilian sources, that the US-led coalition resorted to the use of cluster munitions in airstrikes on the towns of al-Sha'afa and Hajin.

Syrian media have accused the US of repeatedly engaging in illegal strikes in the Arab Republic's eastern province of Der ez-Zor in recent weeks. Last week, SANA reported on the use of white phosphorus munitions in Hajin.

The use of cluster munitions in civilian-populated areas are prohibited under multiple conventions, including the Convention on Cluster Munitions, a 2010 treaty to which neither the US, Syria or Russia are a party.