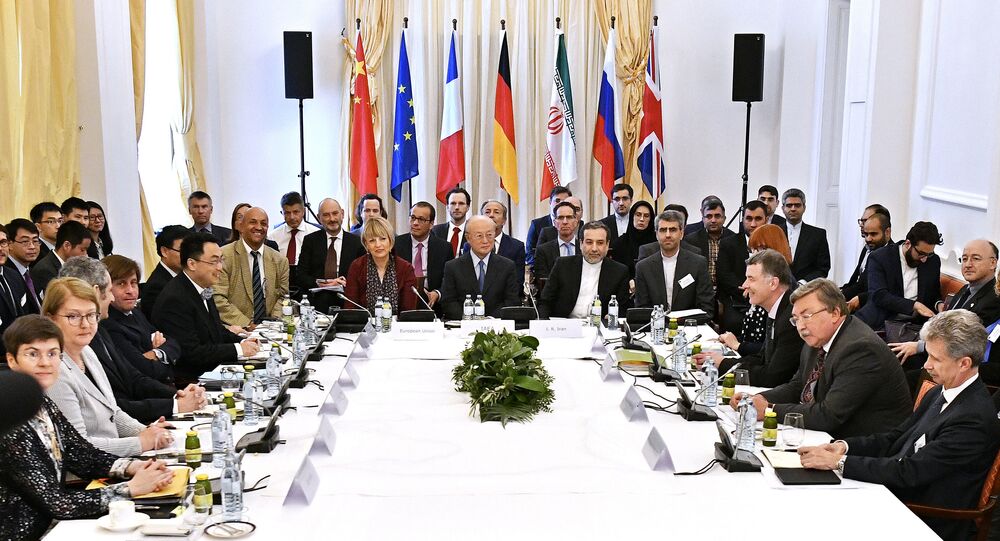 The Western European signatories to the Iran nuclear deal have until next Friday to provide Tehran with concrete proposals to offset the consequences of the US decision to pull out of the Joint Comprehensive Plan of Action (JCPOA), a senior Iranian official said.

"To be honest with you, we are not confident," the official said, speaking to reporters before the start of Friday's talks with representatives from Iran, Russia, China, the UK, France and Germany on how Tehran might mitigate the financial and economic impact of Washington's withdrawal from the JCPOA.

"We expect the (economic) package to be given to us by the end of May," the official noted, according to Reuters. "I'm sorry to say that we haven't seen Plan B yet. Plan B has just started to be figured out."

According to the official, European measures to encourage Tehran to remain committed to the nuclear deal would need to include guarantees concerning the continuation of Iranian oil exports, as well as guarantees about access to the SWIFT international bank payments system.

© Photo : an official website of the Iranian Presidency office
Iran Undecided About Participation in Nuclear Deal After US Exit - Deputy Foreign Minister
Earlier Friday, Iranian Deputy Foreign Minister Abbas Araqchi confirmed that Tehran still had to make a decision on the JCPOA. "The European countries should tell us how they would be able to secure Iran's interests in the JCPOA in the absence of the United States and with the return of the country's sanctions," he said.

President Donald Trump unilaterally pulled the United States out of the JCPOA on May 8 and outlined plans to reimpose sanctions that had been lifted under the nuclear deal. This week, Secretary of State Mike Pompeo promised the US would apply the "strongest [sanctions] in history" against Iran and force the country to struggle to "keep its economy alive."

The JCPOA was signed in 2015 by Iran, the US, Russia, China, France, the UK, Germany and the European Union. President Trump's decision to pull out of the deal was met with condemnation from the other signatories, which are concerned that the United States may be pushing the Middle East into a nuclear arms race.

Hypothetical War Scenario: Who Would Prevail, Iran or Israel?

Will Tehran Yield to US After Its Withdrawal From Iran Deal?