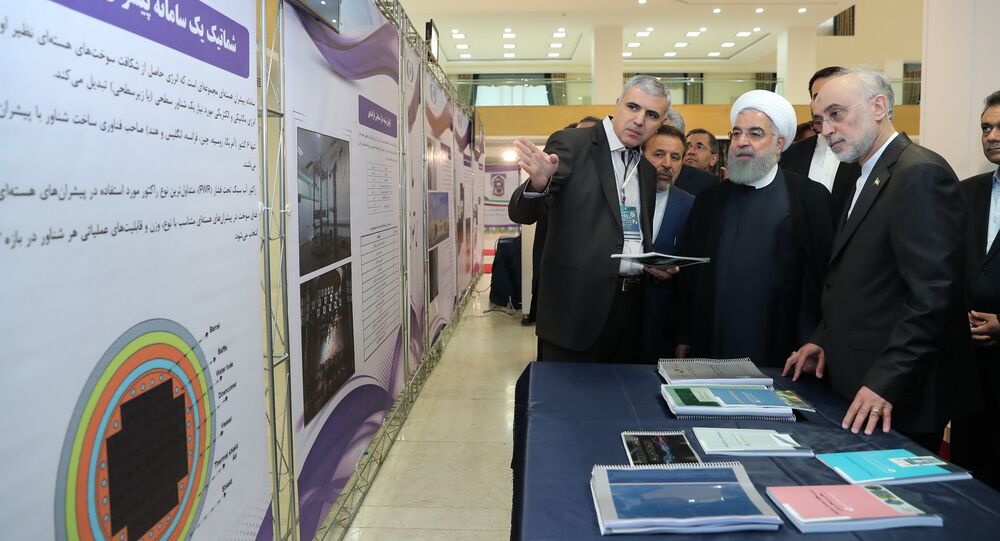 MOSCOW (Sputnik) - Iran has not yet decided whether to stay in the Joint Comprehensive Plan of Action (JCPOA) after US withdrawal from the deal, Iranian Deputy Foreign Minister Abbas Araqchi said Friday, adding that Tehran's decision would depend on the remaining JCPOA participants.

"We have not come to a decision whether or not to remain in the Joint Comprehensive Plan of Action (JCPOA) yet," Araqchi said, as quoted by the Tasnim news agency.

He noted that Iran's further participation in the agreement depends on how the other signatories decide to compensate the exit of the United States.

"The European countries should tell us how they would be able to secure Iran’s interests in the JCPOA in the absence of the United States and with the return of the country’s sanctions," the deputy foreign minister said.

© REUTERS / Jonathan Ernst
EU to Ensure Presence of Companies in Iran Despite US JCPOA Withdrawal – Macron
Araqchi will take part in the JCPOA joint commission meeting scheduled to be held later in the day.

On May 8, US President Donald Trump announced the US withdrawal from the Iranian nuclear deal and outlined plans to re-impose sanctions on Iran, which had been lifted as part of the accord. The agreement was signed in 2015 by Iran, the European Union and the P5+1 group of countries — China, Germany, France, Russia, the United Kingdom and the United States.

The other JCPOA participants have criticized Trump’s decision to unilaterally pull out of the deal.

Moscow Considers Possible to Discuss Future of JCPOA Without US