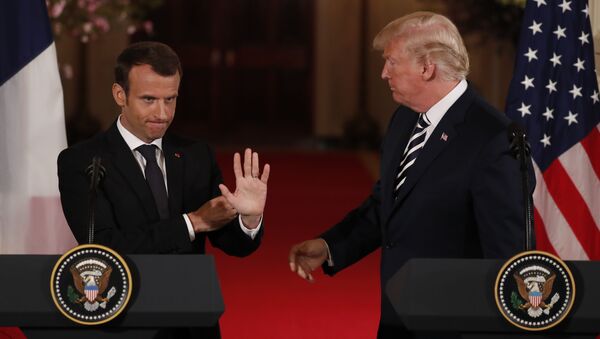 © REUTERS / Jonathan Ernst
Subscribe
International
India
Africa
French President Emmanuel Macron said that nuclear deal with Iran should be supplemented and it is necessary to continue negotiations, including on missile program.

Donald Against Donald: Tusk 'Thanks' Trump for Iran Nuclear Deal Failure
"But what is important is that companies and especially medium-sized companies which are perhaps less exposed to other markets, American or others, can make this choice freely," Emmanuel Macron said.