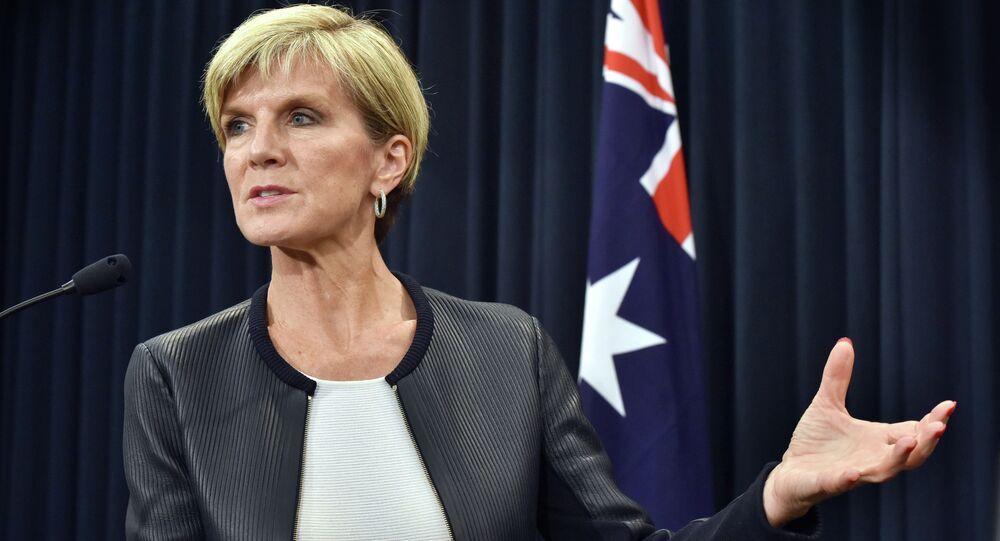 "I am not going to comment on US military actions. But if the United States does carry out an airstrike in response to this use of chemical weapons against citizens, then Australia would support any action that is targeted calibrated and proportionate," Bishop told the ABC media outlet.

Earlier in the day, the World Health Organization, citing Health Cluster partners, reported of 500 patients "presented to health facilities exhibiting signs and symptoms consistent with exposure to toxic chemicals". However, the organization doesn't have access to most of Eastern Ghouta, including Douma, the alleged site of the chemical attack and cannot confirm the report directly.

The day before, the Organization for the Prohibition of Chemical Weapons has requested the Syrian government to provide the access for organization's experts to the site and stated they would investigate the allegations of chemical weapons use.

On April 7, several media outlets, citing Syrian militants, accused Damascus of carrying out a chemical weapons attack in the city of Douma, located in Eastern Ghouta.

Reacting to the reports on April 9, US President Donald Trump announced that his administration would make a major decision within the next 24 to 48 hours on what the United States' response would be.

However, the possibility of a chemical attack in the area has been predicted by Russian General Staff on March 13, which reported terrorists in Eastern Ghouta mulled of staging such an assault. The Russian military assumed that the United States would use this provocation for justifying possible external military action against the Syrian government.