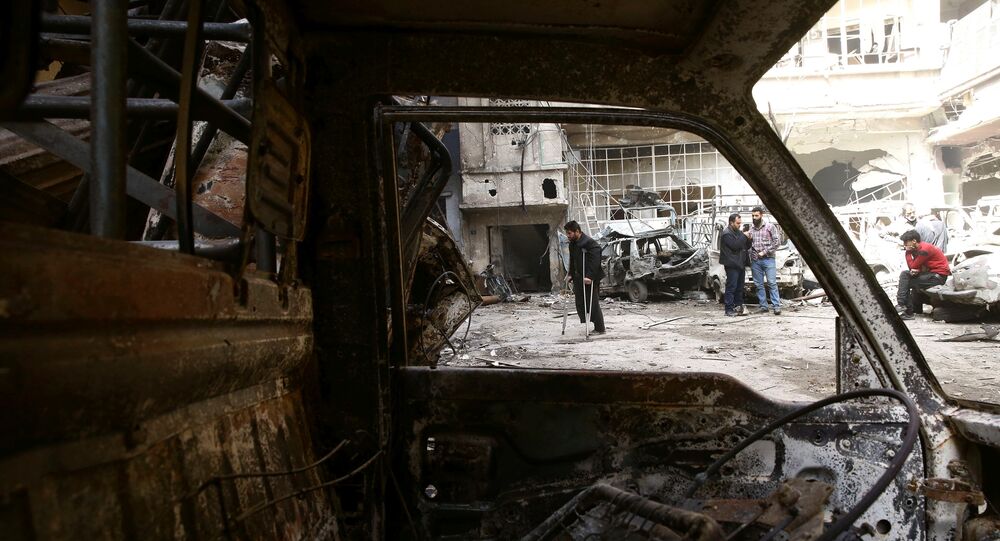 Currently, UN aid agencies, including the World Health Organization (WHO), don't have access to most of Eastern Ghouta, including Douma, the alleged site of the chemical attack, and have to rely on data, provided by their "partners."

The World Health Organization has condemned an alleged chemical weapons attack in Douma and demanded an "immediate unhindered access to the area to provide care to those affected, to assess the health impacts, and to deliver a comprehensive public health response.

"According to reports from Health Cluster partners, during the shelling of Douma on Saturday, an estimated 500 patients presented to health facilities exhibiting signs and symptoms consistent with exposure to toxic chemicals. In particular, there were signs of severe irritation of mucous membranes, respiratory failure and disruption to central nervous systems of those exposed," Peter Salama, WHO deputy director-general for emergency preparedness and response, said in a statement.

Following the reports, a number of states, including the US, accused Damascus of staging the attack. The latest comment came from German Chancellor Angela Merkel, who said the day before that evidence of the use of chemical weapons in Syria was "clear and explicit".

Responding to the alleged attack, the US has decided to deploy USS Harry Truman aircraft carrier with aircraft and helicopters on board and a number of missile destroyers from its Norfolk base in US state of Virginia to the Middle East.