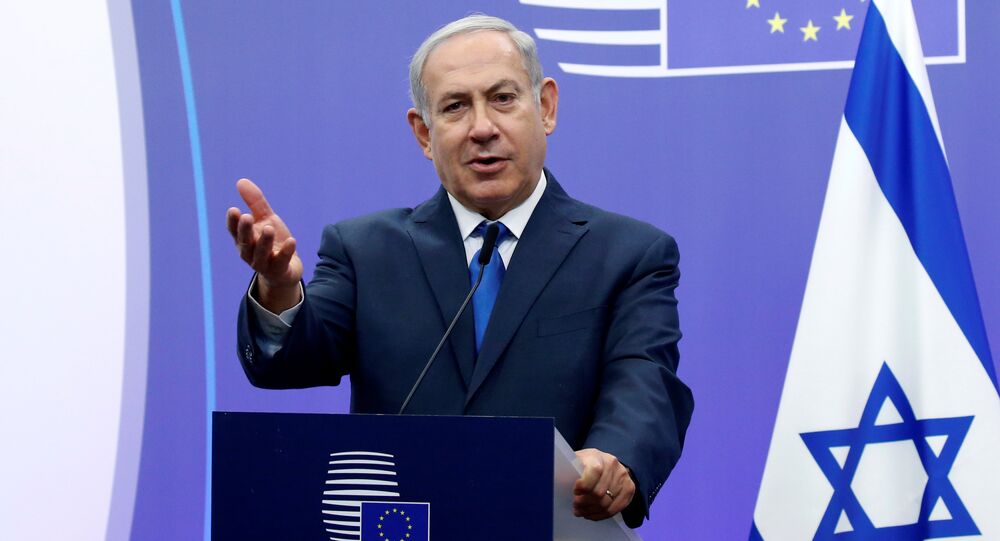 Israeli Prime Minister Benjamin Netanyahu has stated that he expected most EU countries to recognize Jerusalem as Israel's capital, following the US' recent move on the issue.

Netanyahu was greeted by EU foreign policy chief Federica Mogherini during the first official visit of an Israeli prime minister to the EU in 22 years.

In her turn, Mogherini has stated, "I know that Prime Minister Netanyahu mentioned a couple of times that he expects others to follow President Trump's decision to move the embassy to Jerusalem. He can keep his expectations for others because from the European Union member states' side, this move will not come."

Mogherini has addressed the Jerusalem issue recently escalated after the US move on it, saying that the union would continue to recognize the "international consensus" on Jerusalem.

According to Netanyahu, it is time for the Palestinian side to recognize the Jewish state and Jerusalem as its capital.

"I think what President Trump has done is put facts squarely on the table. Peace is based on reality. Peace is based on recognizing reality and I think the fact that Jerusalem is Israel's capital is clearly evident," Netanyahu said in the Belgian capital of Brussels during a press briefing.

This position echoes his previous statement made the day before, urging Palestinians to agree on the Jerusalem issue and "to sit and negotiate peace" during his talks with French President Emmanuel Macron in Paris.

The US president has recognized Jerusalem as the capital of Israel and signed a document to move the US embassy from Tel Aviv to the heavily disputed city, sparking violently negative reactions around the world. The sharpest rebukes to the move, however, have come from the European Union and the Middle East.

The issue of the Israeli settlement policy is among the key obstacles to the the peace process between Israel and Palestine, which is seeking diplomatic recognition for its independence on the territories of the West Bank, including East Jerusalem, which are partially occupied by Israel, and the Gaza Strip. The Israeli government refuses to recognize Palestine as an independent political and diplomatic entity and continues to build settlements in the occupied areas, despite objections from the United Nations.