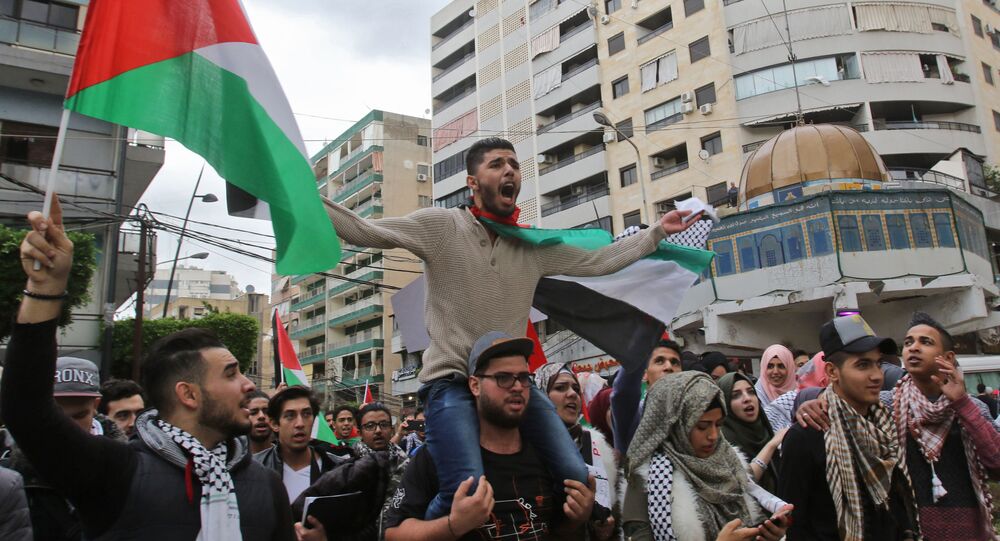 Mass protests have broken out in Jerusalem against US President Donald Trump's decision to recognize the city as the Israeli capital and move the US embassy from Tel Aviv. Radio Sputnik spoke with political analyst Dr Tristan Dunning about the ongoing crisis.

In an interview with Sputnik, Dr Tristan Dunning said that Trump’s comments are indicative of his choice of advisors. “I can’t imagine that anyone high up in the State Department or the Pentagon would have thought that this was a good idea,” Dunning said.

“All the unrest that has happened was entirely predictable and entirely avoidable. According to the Red Crescent we have seen a few deaths already in protests throughout the occupied territory,” the analyst said.

© AFP 2021 / SAIF DAHLAH
US Decision on Jerusalem to Have 'Dangerous Political Consequences' - Fatah
According to Dunning the problem might further escalate and at present it is hard to see how it will all go down.

The analyst said that when Trump recognizes Jerusalem, the Israeli government will take measures to expel Palestinians who live in those areas deep into the West Bank.

“They will try and say that Jerusalem includes all those settlements around it in what they call the so-called Jerusalem envelope. He [Trump] doesn’t even know what he is recognizing, and that is part of the problem,” Dunning said.

The analyst stressed that this isn’t just an issue between Israel and Palestine, it is an issue between “Israel and the world’s 1.5 billion Muslims, given that Jerusalem is one of the three holy cities along with Mecca and Medina so in Muslim tradition it is where Prophet Muhammad ascended to heaven.”

According to Dunning it seems that Trump really doesn’t know what’s going on, and he ignores the advice of people who have been involved with this for decades and “that is quite dangerous.”

© REUTERS / Ibraheem Abu Mustafa
Trump’s Jerusalem Words 'Last Nail in Coffin' of Peace Talks in Gaza – NGO
The analyst noted that this decision by Trump could also be an attempt to distract away from the internal probe that is going on about alleged Russian involvement in the US elections.

Over 1,000 people had been injured in Palestinian protests over the status of Jerusalem, the Palestinian Health Ministry stated on Saturday.

Dr Tristan Dunning is an honorary research fellow with the School of Political Science and International Studies at the University of Queensland.

The views and opinions expressed by Dr. Tristan Dunning are those of the analyst and do not necessarily reflect those of Sputnik.