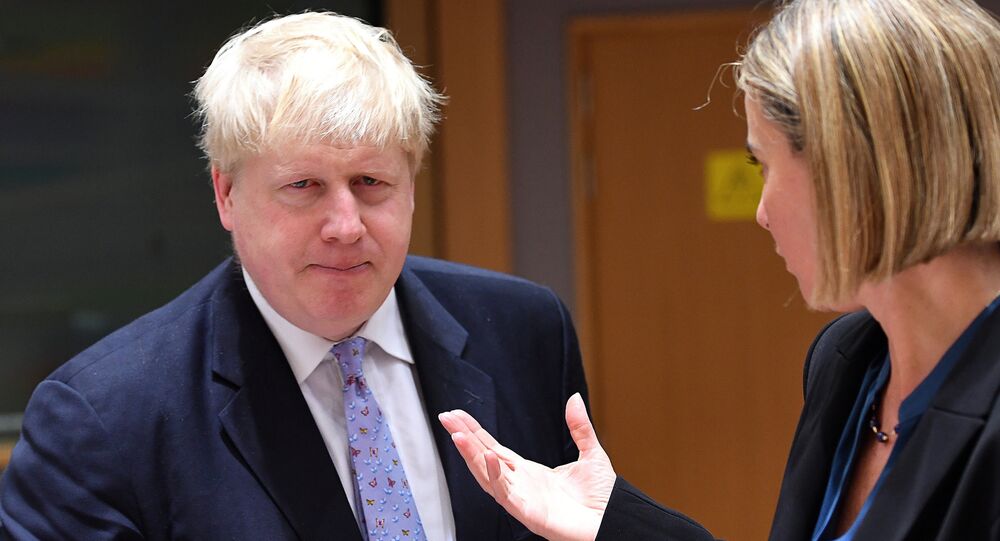 "We know from shell fragments in the crater that not only had sarin been used, but carrying the specific chemical signature of sarin used by the Assad regime. And given that samples from the victims show conclusively that victims have been exposed to sarin gas, there is only one conclusion that the Assad regime almost certainly gassed its own people in breach of the international law and the rules of war," Johnson said in the House of Commons.

© CC0
Idlib Chemical 'Attack': Experts' Questions Multiply Western Narrative by Zero - Russian MoD
On April 4, a chemical weapons incident in Syria's Idlib province claimed the lives of some 80 people and inflicted harm on an additional 200 civilians. The Syrian National Coalition of Revolutionary and Opposition Forces, as well as a number of Western states, accused the Syrian government troops of carrying out the attack, while Damascus refuted these allegations, with a Syrian army source telling Sputnik that the army did not possess chemical weapons.