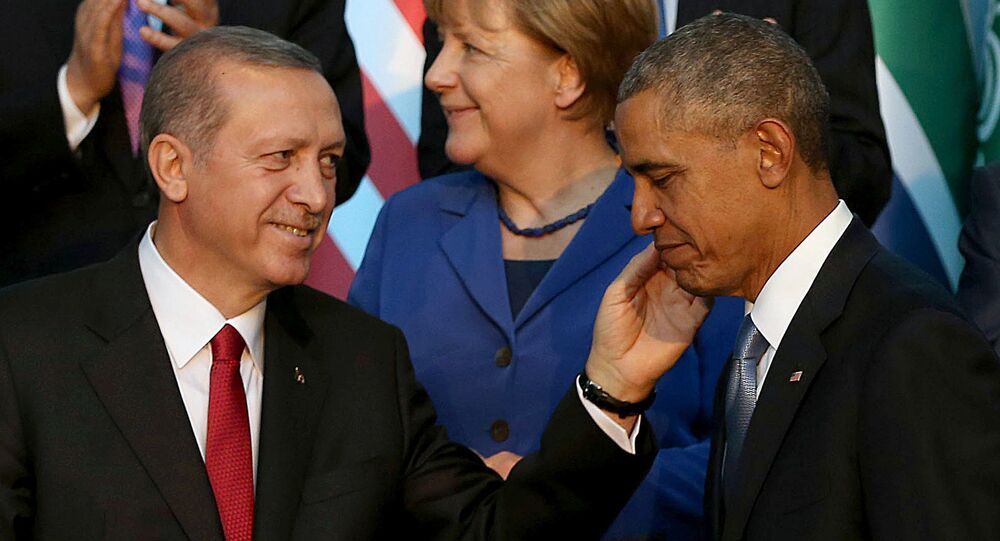 President Obama broke a campaign promise in refusing to honor the genocide of 1.5 million Armenians so as not to anger Erdogan, his dictatorial, terror sponsoring counterpart.

On Friday, US President Barack Obama declined to call the systematic extermination of 1.5 million Armenians in 1915 a genocide, breaking a key campaign promise in the final year of his presidency.

Sunday April 24 marks Armenian Remembrance Day, commemorating the suffering created by the first genocide of the 20th century. The ethnic cleansing and brutality culminated in the death march of over one million Armenians, accompanied by Turkish soldiers who denied the Armenians food and water, mercilessly beating to death those who could not keep up with the march, and systematically raping women.

There is broad historical consensus that the 1915 ethnic cleansing constituted genocide. The Armenian population at the time of the atrocity was some 2 million, meaning that only 25% of the country’s inhabitants survived or escaped the slaughter.

Nazi leader Adolf Hitler justified the extermination of Europe’s Jewish population by referencing the Ottoman Empire’s savage genocide of the Armenians. On August 22, 1939, Hitler proclaimed "Who, after all, speaks today of the annihilation of the Armenians?"

As a candidate in 2008, President Obama understood the importance of acknowledging genocide, to signal to the world’s despots that atrocities will not be tolerated.

On January 19, 2008, Obama said, "The Armenian Genocide is not an allegation, a personal opinion, or a point of view, but rather a widely documented fact supported by an overwhelming body of historical evidence. The facts are undeniable. An official policy that calls on diplomats to distort historical facts is an untenable policy."

Nonetheless, with one last opportunity to identify a historical truth and properly honor the suffering of an entire people, President Obama once again joined a chorus of deniers, embracing what he once called an untenable policy, and sending a direct message to his Turkish counterpart Recep Tayyip Erdogan that the US endorses his plans to kill dissenting ethnic minorities to recreate his version of the Ottoman Empire.

That message to Erdogan comes at a troubling time, as the once stable Turkish democracy creeps towards an undemocratic theocracy sponsoring and supporting terrorism throughout the region. In recent months, Erdogan’s regime has systematically imprisoned and censored dissenting voices, has been implicated in a false-flag sarin gas attack in Syria in an attempt to bait the US into war, and has been proven to have engaged in regular arms and oil trade with Daesh terrorists.

Today, Erdogan continues to agitate for another assault upon the people of Armenia. In recent weeks, the Turkish leader has declared that the Nagorno-Karabakh region, currently and historically controlled by the Armenian people, "will one day return to its original owner – it will be Azerbaijan’s."

Erdogan recently stated that "Turkey is standing side by side with our brothers in Azerbaijan." Notably, Erdogan sees Azerbaijan as a country that is culturally and ethnically an extension of the kind of Ottoman Empire he intends to reconstitute.

On Friday, Russian Foreign Minister Sergei Lavrov was in Yerevan where he denounced Turkey’s rhetoric saying, "These were not appeals for peace but for war."

At a time when Armenians are once again threatened by the specter of Turkish violence, President Obama bowed to the would-be sultan Erdogan, refusing to decry a genocide, while Russian officials send a stern message that such horrors must never happen again.