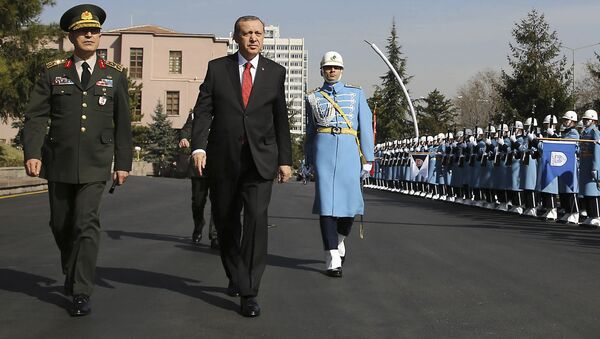 "He wants to see Islamism spread because he considers himself to be a 21st century Ottoman leader. He wants to resurrect the Ottoman Empire," Papadopoulos said.

His remarks came after it was reported that Ankara had started to prepare for the opening of its second base in Somalia, which was described by Papadopoulos as a hotbed of Islamic fundamentalism and a base for al-Qaeda. 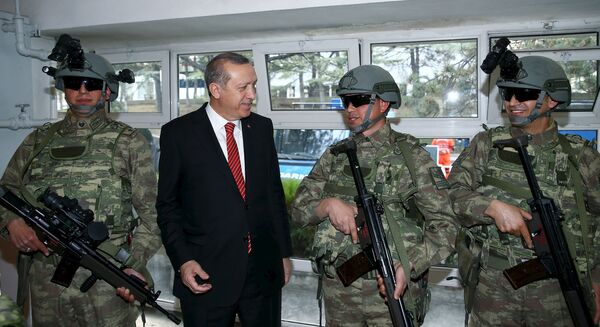 He also said that everything Turkey does in terms of its foreign policy is being supported by Western countries.

"Turkey acts with impunity because it has the backing of the West," Papadopoulos pointed out.

Even though Ankara has repeatedly stated that its objective in opening a second military base in Somalia is to enable it to fight the militant group Al-Shabaab more effectively, Papadopoulos  believes Turkey sends its military forces to Somalia in order to train terrorists there.

Earlier this month, Syrian presidential aide Bouthaina Shaaban told Sputnik that the so-called Ottoman ambitions of Turkish President Recep Tayyip Erdogan were hindered by an inability to reach his goals in Syria.

Infighting? Turkey's General Staff Concerned with Erdogan's Syria Policies
While it has done nothing to contest Daesh control of Syrian land adjacent to its border, Ankara has taken increasingly aggressive measures against the terrorist group's principal foes in the country's north other than the government itself, the Syrian Kurds.

The Ottoman Empire preceded modern Turkey but ceased to exist under nationalist leader Mustafa Kemal Ataturk in the early 1920s, who replaced it with a strictly secular Turkish nationalist republic. The Ottomans, who famously conquered the ancient city of Constantinople in 1453, built an empire which at one point stretched as far as Morocco in the East and Slovakia in the north, encompassing Turkey, the Balkan Peninsula, most of the Middle East, and North Africa.

000000
Popular comments
Mullah Erdogan and his regime´s failed gambit that already have earned the country pariah status and will cost Turkey not only it´s hard earned reputation of late but a lot of money and even land for a foreseeable future. No matter how important a NATO asset it is, the west can´t ignore that "Erdoganistan" is in fact creating, feeding and nurturing jihadist mercenaries and terrorists to fight it´s wars of conquest-a direct threat to Europe, they will eventually have to rein him in and stage a military coup to do so.

Mikhas
29 February 2016, 09:51 GMT5
000000
It is official - Erdogan is insane. The delusional Turkish sultan is totally neglecting to read the landscape. His 'muslim brotherhood' friends are no longer ruling Egypt, Assad failed to take his advice and Putin has successfully tied his hands in Syria. The Kurds defy him at every turn yet he continues with his grandiose plan of ruling a large empire somewhere between his ears. His tiny mind is still repeating over and over the words from Obama in 2010 when he declared Turkey "a great Muslim democracy," and a "a critically important model for other Muslim countries in the region," topped off by calling crackhead Erdogan - among the top five leaders of which he formed a close relationship with.