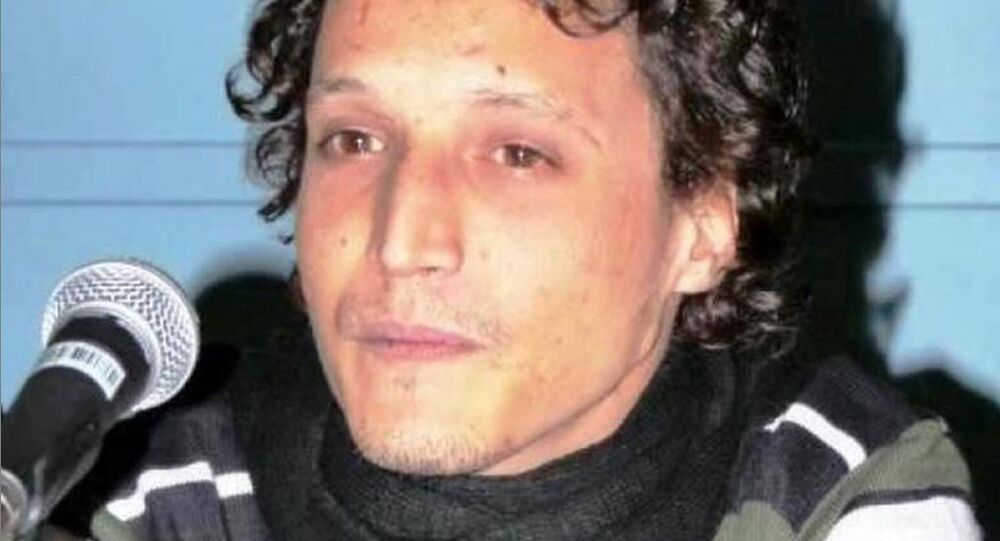 A leading figure in Latin American alternative journalism died under disputed events amid his work, which highlighted the onset of the coup d'etat against then-Bolivian President Evo Morales and his administration in late 2019.

The Argentinian journalist contributed to numerous Latin American media owned by the Trade Union Confederation of Rural Workers from Bolivia (CSUTCB), and was the first to denounce the coup at the national and international level.

Penelope Moro, Sebastián Moro's sister and activist, as well as Miriam Amancay Colque, spokeswoman from the Bartolina Sisa Resistance, who discussed the wider circumstances surrounding Mr Moro's death as well as the current state of Bolivia amid the coup interim government.

Sputnik: What should our readers remember about Sebastián Moro and his work?

Penelope Moro: Sebastián Moro died on 16 November amid the coup d'etat in Bolivia, where he lived since February 2018. He arrived in search of new horizons and undoubtedly achieved his personal and professional goals.

But Radio Nacional's management under then-President Mauricio Macri blocked him from continuing his work, which he dedicated himself to from 2010 to 2017 by covering testimonies and stories from survivors and witnesses in trials regarding crimes against humanity in the Argentinian state of Mendoza at the time.

He was loved and respected for his activism on human rights in his native province, and his work was featured in blogs and web pages such as the 'Mendoza Trials', UNCuyo Edition and Radio Nacional Mendoza despite censorship in the latter two.

He also published stories shedding light on the relatives of victims of institutional violence, from 2014 until his departure from Argentina.

Sebastián sought new direction after being faced with the demotivating situation and permanent 'job insecurity' affecting press workers across the nation, namely investigative journalists following principles of truth, remembrance, justice, and preservation of democracy. But he immediately immersed himself in the political situation after arriving in the Plurinational State of Bolivia, mainly with the peasantry and indigenous people.

His dedication and commitment to journalism earned him the position of Editor-in-Chief of the weekly Rural Press, as well as producer and host of numerous community radio programmes linked to the CSUTCB.

From La Paz, he continued working for La Quinta Pata, the only media in Bolivia that recognised and paid for his work. He later began working with numerous community and alternative media in Argentina as well as Latin America.

He sent his last message on 9 November last year to La Pata announcing the coup d'etat was already underway.

He died seven days later from an alleged 'cerebral vascular accident' (CVA), which is currently under investigation by lawyers specialising in crimes against humanity, as well as forensic doctors.

Sebastián Moro lived to preserve the memories of the victims of injustice highlighted in each of his stories. His professional and militant commitment to his work was upheld with truth and justice.

Sputnik: What should readers preserve about his work, legacy and sacrifice with the Rural Press and Community Radio?

Penelope Moro: Sebastián's work in Bolivia must be remember as tools to reveal the interests surrounding the coup, which overthrew a government that had liberated the peasantry and indigenous people from years of submission.

He wrote a dozen notes from 24 October to 9 November for news outlet Pagina 12, and each of his Rural Press editorials exposed how the coup was undertaken. He analysed and pieced together the puzzle in which the new bloody chapter of the Bolivian people would unfold.

His contributions were and will be a fundamental part of history. Make Sebastián's history, contributions to journalism and passion for transparent justice vital. Solidarity from journalists around the world is needed, since no one working for the truth is exempt from suffering the same fate, or a lack of freedom and danger committed workers are subject to.

Sputnik: Have the Argentinian authorities gotten involved or denounced the murder in any official statements?

Penelope Moro: The Argentinian Secretariat of Human Rights and the Vice Chancellery have called for clarification on the reason for his death, but we are still waiting for speeches to materialise. There hasn't been much else.

But it should be noted that the first criminal complaint from the Argentinian province of Córdoba regarding Sebastián's death was made against the coup d'etat government on 12 March this year.

The case argues that Sebastián's death was part of a "furious hunt against journalists involved in the process of change promoted by the Evo Morales government", as a "genocide" and crime against "humanity".

This is backed by evidence from the 18 murders in the coup d'état and Sacaba massacres, which killed nine people from 15 and 16 November, and nine victims in Senkata on the 19th, due to security forces under orders from the coup government.

The Moro family details evidence of trauma observed by doctors in their complaint, who found his left hand was in "a state of complete inflammation" and dark purple, in addition to scratches on his face and arms, and bruises on his left shoulder.

His journalist recorder, CSUTCB press jacket and notepad were disappeared from his home, and access to his medical history was blocked.

Sputnik: What was said to highlight the crime in Mr Moro's home country?

Penelope Moro: Social organisations and unions have spoken on Sebastián's commitment to human rights. The strange circumstances surrounding his death found him fully engaged in journalistic activity amid brutal violence to denounce the coup, his last act in life.

His work fulfilled a double role, both giving voice to allies of Evo Morales such as the peasantry and indigenous people to those across Bolivia, as well as Argentinians, home to the largest Bolivian expat community, via his work with Pagina 12.

Sputnik: What is the current state of the coup in Bolivia?

45 femicides and 25 children have been killed since January, with judicial processes moving slowly in these cases.

Shady deals and corruption in state companies such as telecommunications company ENTEL, national carrier Bolivian Airlines, oil and gas firm YPFB, as well as shady deals in illegal mining concessions and others, are skyrocketing,

Lastly, they intend to privatise the Lithium and Uyuni Salt flats, opening the door to transnational corporations, which have profited 82 percent and left Bolivia with only 18 percent.

Social organisations in the region have declared a State of Emergency to forcefully reject the measure.

Nearly all of Ms Anez's extended family occupy strategic positions in public administration, and while most of the population is under COVID-19 quarantine, Anez and her ministers enjoy the privilege of using military aircraft as taxis for private parties and birthdays, offering benefits to the police, military and paramilitary groups backing the regime.

Despite the International Court on Human Rights launching an investigation into the massacres, none have taken place in the country for victims killed, persecuted, imprisoned, or censored.

Most of the media has remained silent or resorted to misinformation, but the alternative media are truthfully reporting on the matter despite roughly 54 being silenced and over 60 online activists being arrested by intelligence services.

The regime also passed measures criminalising freedom of expression, but repealed them after the Bolivian people and Inter-American Commission on Human Rights emphatically rejected the act.

Under COVID-19, repressions have increased via quarantines with minimal financial support for Bolivians, many who no longer can feed their families. But people are helping each other by bartering and community means, among others.

The regime fails to provide supplies, biosafety equipment, laboratories and personal protective equipment (PPE) to the healthcare system, but corrupt deals in items such as respirators are taking place.

Many are resorting to traditional medicines such as eucalyptus because they believe that the regime is causing genocide by failing to equip hospitals amid the pandemic.

Sputnik: What are people like Camacho and Pumari currently doing in Bolivia after the coup?

Miriam Amancay Colque: Camacho and others enjoy complete impunity under the regime, and are on the list of candidates for elections in August this year. Camacho has listed himself as president and Pumari as vice-president, with Anez as a separate candidate.

They continue with their campaigns despite the nation being locked in the pandemic.

Sputnik: How are the Bolivian people continuing the struggle against the coup d'etat?

Miriam Amancay Colque: Bolivians have successfully organised protests from home despite the quarantine, banging pots and pans, lighting fireworks and others. People are still mobilised and have taken to the streets with blockades in the last few days.

Indigenous groups will also hold protests by playing Pututus, which carry strong significance in their lives and are used to call meetings or alert others in times of danger or emergency.

SPUTNIK: Is there anything else you would like to add?

Miriam Amancay Colque: People have protested and blockaded in streets, demanding the quarantine be relaxed as people want to work and attend elections as well as repeal Decree 4232. The Unity Pact supports this request along with the declared State of Emergency.

The situation in the country is unsustainable as Anez intends to remain in power through sheer brute force and violating basic human rights. Bolivia is under state terrorism and seeks justice for victims of the brutal dictatorship.

The Plurinational State of Bolivia needs to regain political, social and economic stability, which will be achieved with a legitimate government, elected by the people and respecting the state constitution.

We, the people, have the right to decide for ourselves and want our self-determination and sovereignty to be respected.

Note: Some changes were made in the article to reflect corrections to provided information