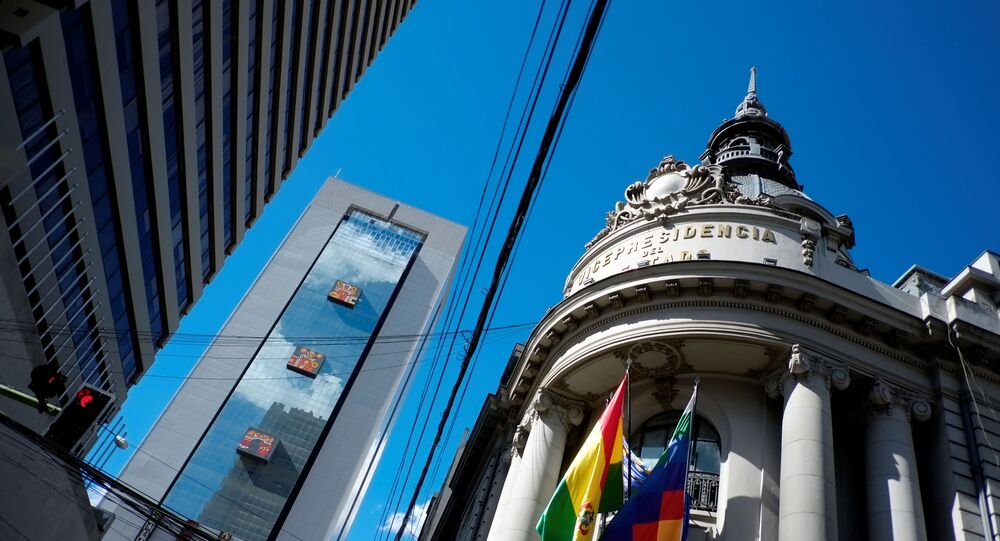 MEXICO CITY (Sputnik) - The government of Bolivia's Interim President Jeanine Anez is intending to contest a law requiring the general elections in the country to be held no later than 2 August, the head of the presidential administration Yerko Nunez said on Friday.

"The government of President Jeanine Anez rejects the law adopted by the majority of the MAS in the Legislative Assembly ... Next week, we will appeal to the Constitutional Court to file a lawsuit on the contradiction of this law with the constitution. It threatens the health and life of all Bolivians", Nunez said during a press conference posted on Twitter.

On Thursday night, Bolivia's Plurinational Legislative Assembly approved a law requiring general elections to be held by 2 August, despite concerns voiced by Anez.

Initially, the Bolivian Senate passed a law that sets a 90-day deadline for elections on Friday night, after which it was sent to Anez for endorsement. The interim president of Bolivia, who is also a candidate in the elections, did not sign the law, saying that holding elections in August could pose a threat to people's health due to the COVID-19 pandemic. However, the parliament rejected Anez's comments, and the law came into force after it was signed by the parliament's president.

Morales quit his post and fled the country in November after the opposition challenged his victory in the October election, which would have launched his fourth consecutive presidential term. Afterward, the country’s entire top leadership resigned as well.

The Senate second vice president, opposition lawmaker Jeanine Anez, declared herself interim president of the country at a special meeting in the Parliament despite failing to reach the necessary quorum, as lawmakers from the governing party Movement for Socialism (MAS) were absent. Morales has characterised the situation as a coup and said he wants to return to the country.