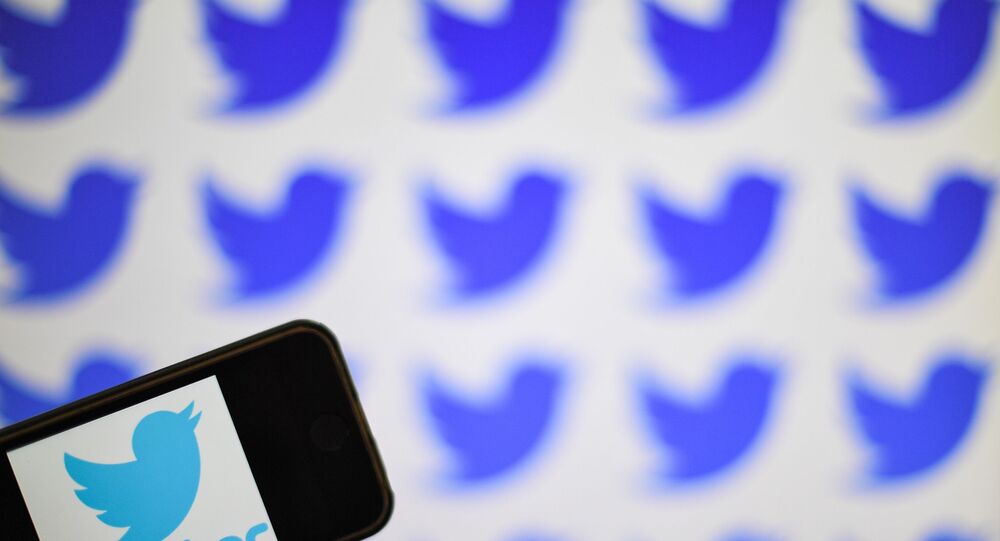 Twitter torpedoed the accounts of essentially every major Cuban media outlet and journalist on Wednesday, just moments before President Miguel Diaz-Canel addressed the nation about how to respond to the new fuel shortage crisis.

Diaz-Canel was due to speak on the popular news analysis TV show “Mesa Redonda” at 6:30 p.m. Wednesday, an urgent address to the island nation of 11.2 million about the diesel fuel shortages the country now faces as a result of ramped-up US economic sanctions. In his speech, Diaz-Canel advised citizens about the shortage, what the government was doing to ration services and ensure the smoothest running of the country, as well as best practices for ordinary Cubans to save electricity.

However, significantly fewer Cubans got the news than Havana hoped: that’s because just minutes before the show aired, Twitter systematically suspended the accounts of essentially every single popular media outlet on the island, including “Mesa Redonda,” as well as numerous prominent journalists and the Cuban Communist Party.

​The Cuban Foreign Ministry’s Twitter account, which remained active, denounced the shutdowns as “an obvious concerted operation” and an attempt to “limit the pronouncements of the revolutionaries in favor of the truth.”

“The Union of Journalists of Cuba strongly denounces the disappearance of these spaces for the expression of ideas, in an act of mass censorship of journalists, publishers and the media,” the National Presidency of the Union of Journalists of Cuba said in a Thursday statement carried on CubaDebate. “We demand that the blocked accounts that, in no case, have violated Twitter policies be restored immediately, while the platform flagrantly traces the rights of the communicators, prevents them from exercising their work and tries to muzzle a first-rate informative event in our country.”

CubaDebate, a Cuban international publication whose account was also suspended, noted that some of the accounts had hundreds of thousands of followers. Nearly 300,000 people followed CubaDebate, and 167,000 followed Granma Digital, a page for the Cuban Communist Party’s daily paper, Granma. However, the Granma English Twitter account is still up and running.

Other publications whose Twitter accounts were suspended include Radio Rebelde, Dominio Cuba, Canal Caribe and Cuba Periodistas; nearly all the outlets reported some, most or all of their reporters had accounts shut down as well. For example, every single CubaDebate reporter was suspended.

The attack didn’t stop there, though. The Cuban Ministry of Communications account and that of its director, Yaira Jiménez Roig; the director of the National Center for Sex Education, Mariela Castro Espín; Communist Party First Secretary and former Cuban President Raul Castro; and numerous other Cuban government officials were also blocked.

“It looks like a concerted operation of false complaints for abusive use and violation of the platform policies. Surprising political bias, selectivity of affected users and opportunity (opportunism): when President Diaz Canel speaks,” First Vice President of the Union of Journalists of Cuba Rosa Miriam Elizalde wrote on her Facebook account.

In 2013, Havana took steps to drastically increase internet access on the island and in 2015, expanded 3G internet access; more recent developments include a push for WiFi coverage. Correspondingly, the US State Department introduced in 2017 a Cuba Internet Task Force, a new phase of cyberwar aimed at using the new world wide web connections to undermine the socialist government on the island, which entered its 60th year this past January.

That cyberwar has extended to the State Department’s willing partners in US-based social media giants such as Twitter and Facebook. In February, Facebook blocked users around the world from posting an article by Granma that expressed unwavering solidarity with Venezuela, which was in the midst of a coup attempt backed by Washington.

Twitter gave no explanation to AFP, Reuters or any of the suspended accounts either before or after the Wednesday shutdown. However, the social media giant acting on behalf of US foreign policy is nothing new: just last month, Twitter shut down over 200,000 Chinese accounts it claimed were part of a government influence campaign being waged by Beijing to sway opinions about the protests in Hong Kong. Google and Facebook soon followed suit.

In June, US President Donald Trump ramped up the United States’ embargo of Cuba, announcing the full implementation of the 1996 Helms-Burton Act, activating measures that permitted US firms to sue companies that profit by using property on the island nationalized after the 1959 revolution, as well as blocking cruise ships from stopping over in Cuba in most cases, depriving the country of a key economic stimulus: tourism. A US federal judge in Miami ruled late last month that a lawsuit by a Cuban emigre against the Carnival cruise ship company could go forward.

Further measures against Venezuela have frustrated attempts to export petroleum by punishing companies that transport it. Havana and Caracas have long practiced an “oil for doctors” exchange, by which Cuban medical experts work in Venezuela and train Venezuelan doctors, and in exchange Caracas sends Cuba 100,000 barrels of oil per day. However, as Diaz-Canel explained in his Wednesday speech, no fuel has arrived in the country since Tuesday, and another tanker isn’t due to dock there again until Saturday.

"We have to take satisfactory experiences applied in the Special Period in terms of transportation solutions,” the president told those “Mesa Redonda” viewers still able to tune in, referring to a time of economic crisis that followed the 1991 dissolution of the Soviet Union, Cuba’s primary trading partner, and the inventive ways Cuban socialism survived it.

“After the next shipment, we must maintain efficient savings and use measures to last, and achieve a level of activity. The good news is that all contracts to ensure the month of October are guaranteed,” Diaz-Canel said. “Until Sunday there should be no interruptions, and if it happens, it may be for other reasons. We are going to have a blackout information plan, if we have to do it, but not with the hours or intensity of the Special Period, and it works according to that.”