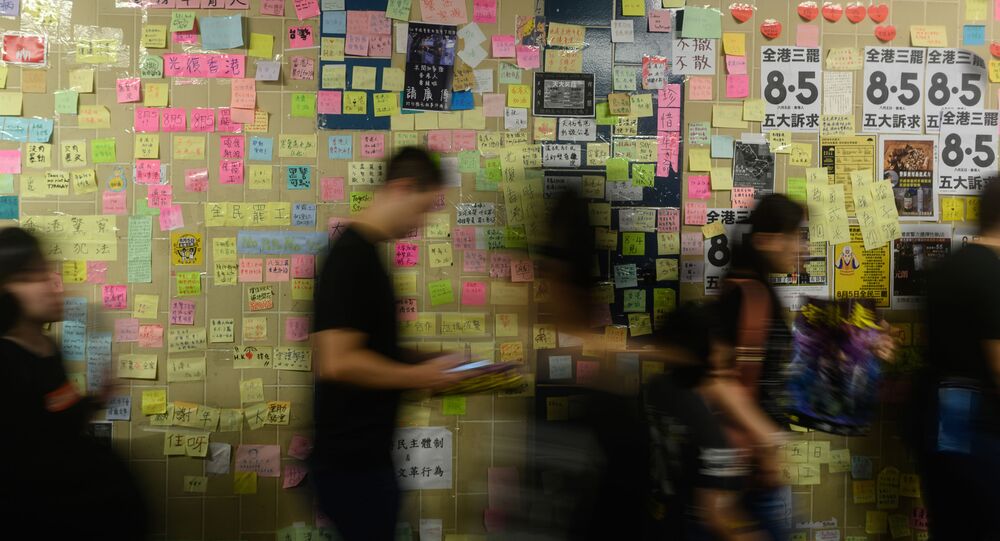 Twitter Bans 200,000 Accounts It "Believes" Are Run By Chinese Government

The nameless Twitter representative also said state-backed media organisations were now banned from purchasing adverts on the platform, although declined to provide a list of which media organisations it considered “state-backed”. It’s also uncertain whether the ban will apply to Western entities, such as the British Broadcasting Corporation.

Twitter has suspended over 200,000 accounts it alleges may have been part of a Chinese government influence campaign targeting the protest movement in Hong Kong, in yet another example of the social media giant dictating what is and isn’t true on dubious grounds.

Speaking to Associated Press, an anonymous Twitter representative claimed the accounts were suspended for violating the social network’s terms of service as part of a broader effort to “curb malicious political activity” on the platform, and “because we think this is not how people can come to Twitter to get informed”.

Roughly 200,000 more Twitter accounts were said to have “amplified” the messages and engaged with the core accounts in the network, apparently proof for Twitter they were “automated” and/or run by the Chinese government, rather than real people simply re-sharing content without sinister motivation.

In support of Twitter’s contentions, the AP report quoted James Lewis of the Center for Strategic and International Studies - a Washington-based think tank linked to US transnational oil and weapons interests, which in April convened a secret roundtable discussion on “Assessing the Use of Military Force in Venezuela” - as saying such activities were “standard Chinese practice domestically”, despite Twitter being banned in the country.

“We know after 2016 they studied what the Russians did in the US carefully,” he claimed.

Quite how Lewis ‘knows’ Beijing is unclear, but even if true, it’s likewise unclear what officials could’ve learned from what was increasingly clearly an ineffective ‘clickbait’ marketing scheme.

After all, as even NATO-offshoot the Atlantic Council was forced to concede in October 2018 after Twitter released an archive of over ten million tweets posted by 3,841 accounts allegedly affiliated with the Internet Research Agency, the users’ activities “don’t appear to have had significant influence on public debate" and "had little to no discernible impact on the target populations' political behaviour”.

Ironically, in that same analysis author Ben Nimmo despaired of the difficulty of identifying future foreign influence operations, given trolls "use exactly the techniques which drive genuine online activism and engagement", making it "much harder to separate them out from genuine users" – so quite how Twitter is so certain the accounts it has effectively censored are Beijing-run and/or sponsored is anyone’s guess.

At a briefing 20th August, Chinese foreign ministry spokesman Geng Shuang said he was “not aware” of the allegations of fake accounts spreading anti-protester content, but added Chinese people had the right to “express their opinions” about the situation on the island.

Conservative Activist Banned from Twitter After Criticizing US Politician