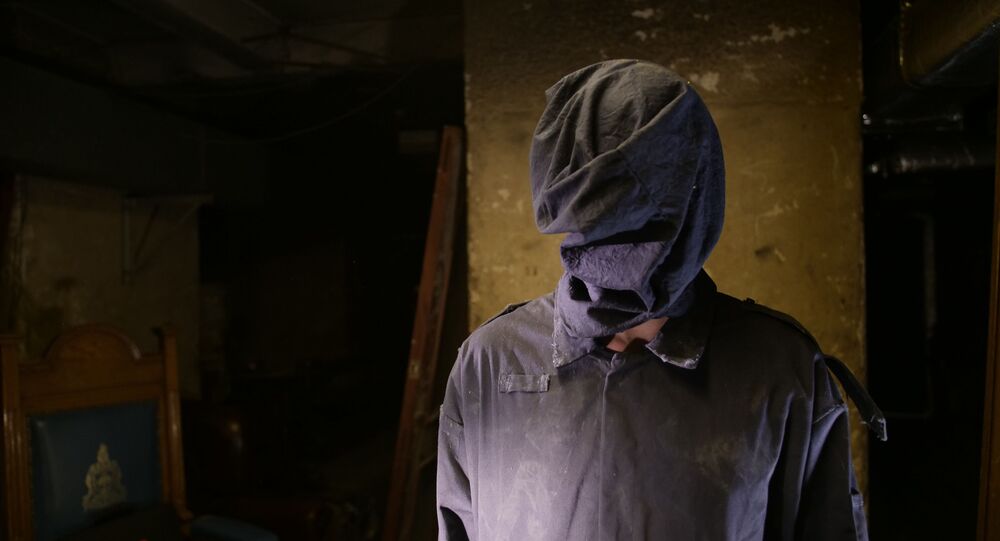 UN torture expert Nils Melzer drafted a report on psychological torture after previewing a new film on its modern origins. The documentary shows how a well-respected Scottish psychiatrist was covertly funded by the CIA to experiment on his patients in Canada.

Stephen Bennett's documentary Eminent Monsters: A Manual for Modern Torture examines the history of CIA-funded human experiments as part of a "brainwashing" programme codenamed MK Ultra. The results of these experiments would later inform psychological torture techniques used by the British in Northern Ireland and US troops in Iraq, Afghanistan and Guantanamo Bay, Cuba.

Bennett is an award-winning freelance documentary filmmaker whose films and TV programmes include The Walking Wounded, Choose Life and Darren McGarvey’s Scotland which has been nominated for the Orwell Prize. Eminent Monsters will be broadcast on 5 May at 10PM on BBC Scotland and on BBC iPlayer. People who live outside of the UK and Canada can view it now via Vimeo on Demand.

Sputnik: What's this documentary about and why did you call it Eminent Monsters?

Stephen Bennett: Eminent Monsters is about six decades of State endorsed psychological torture. It opens in the 1950's when the CIA and Canada covertly fund Scottish born psychiatrist Dr. Ewen Cameron to embark on one of the darkest programmes of psychological experimentation in modern history. Cameron's techniques have since been used in 27 countries around the world.

With testimony from senior American psychologists, military personnel and key whistle blowers, the film shines fresh light upon the collusion between doctors and the State.  It is an urgent call to the international community to right the wrongs of the past and protect us from a dangerous future.

The title refers to Dr. Cameron's nickname: as he began more and more distressing experiments many of his patients would call him the Eminent Monster. He was officious, narcissistic, commanding and mercurial. And yet at the time he was one of the most sought after psychiatrists, and became President of the American, Canadian and World Psychiatric Associations.

Sputnik: Describe some of the experiments you uncovered and the torture techniques which evolved from them.

It began in a secret wing in one of the world's foremost psychiatric hospitals, The Allan Memorial Institute, in Montreal.  But quickly Dr. Cameron's grim techniques spread and morphed into what we can now see in Guantanamo and the Black Sites. His work is evident in the CIA's first handbook on torture: the Kubark Counterintelligence Interrogation Manual in 1963.

Then in 1971 after a massive bombing spree in Northern Ireland, the British Government introduced Internment. 342 men were rounded up, arrested and interred without trial, suspected of being involved in the IRA. Fourteen of these were singled out and taken to Ballykelly in County Derry, a purpose built special interrogation centre.

After being hooded and restrained and thrown out of low flying helicopters (believing themselves to be above the North Sea, and thus about to drown) they were subjected to the UK's newly developed '5 Techniques of Deep Interrogation': hooding, white noise, sleep deprivation, dietary manipulation and stress positioning. It was obvious that this had the hallmarks of Scotland's Mengele, Dr Cameron.

The men would become known as the 'Hooded Men'. Their captors were the Royal Ulster Constabulary, or RUC.  Trained by the British Special Branch, they requested and were given advance immunity from later prosecution.

But the Hooded Men's story didn't end there. In 1978 Ireland took the UK to the European Court of Human Rights. Unfathomably, the ECHR decreed what the men had endured was not torture but inhuman and degrading treatment. It meant that Governments could legally use these techniques with impunity.

Sputnik: Which part of this film was most difficult for you to make and why?

Stephen Bennett: Aside from actually getting this film financed (which took some ten years from first pitch to when it went into production) it was getting contributors on board who were willing to talk on camera about what had happened to them. Many wanted to either forget the past or feel their voices have been misconstrued and/or taken out of context. Others told stories of how speaking out had brought unwanted attention.  Some of our contributors had never talked on camera before and were nervous. In short, this was a hard pitch.

My big break though was when I spoke to contributors Harvey and Rhona Weinstein.  One night over Skype it seemed like doors were opening – both in my wider research as well as when I discussed things with other contributors.  Others like Mark Fallon, former Department of Defense Chief Investigator for al Qaeda, came on board after I had sat a mini test with him: rightly he wanted to know how much I knew. Which I guess is shorthand to working out how much I wanted to make the film.

Sputnik:  How much of the behaviour that you uncovered or learned about do we still see in practice in the world today, can you give an example of the current use of these techniques?

Stephen Bennett: In the UK these are termed the Five Techniques. In the USA they became known as Enhanced Interrogation Techniques. We can see direct evidence of them in at least 27 countries around the world, but that's not including countries like China or Russia, which most likely use them. Having spoken to many people in the making of the Eminent Monsters and beyond, I would contend that such techniques are still in use to this day given that they are legally permissible.

In 2002 the US Government used the UK v Ireland precedent to justify the use of these techniques in a memorandum known as the torture memos. Soon 1000's of flights criss-crossed the globe and people were snatched off the streets of Milan to Malaysia and put into a transnational gulag of Black Sites from Uzbekistan to Morocco.

[T]hese techniques – sensory deprivation (hooding, gloves et al), sensory overload (whether by repetitive music or white noise), sleep and dietary manipulation, stress positioning – whether in part or in conjunction with each other, or in tandem with physical violence have become so normalised that they are now regularly part of mainstream filmmaking.

From being infamously seen so graphically in Zero Dark Thirty and Kiefer Sutherland's 24 juggernaut, they now pop up in many films as just part of the action.

Sputnik: Have any of the people – who did the things which you describe in his film – ever been held accountable?

Stephen Bennett: No, and that's the utter sadness.

At the end of the film we have three sentences that often lead to audible audience reactions in cinemas and much discussion afterwards:

For me personally, given what we know now went on, I find this reprehensible, troubling and deeply dispiriting.  But past that reaction, it is very evident that in relation to Guantanamo and the Black Sites this has become a recruiting call to arms.

Sputnik: Why did you make this film and what is the main takeaway that you want viewers to think about after they've seen it?

Stephen Bennett: In 2007 I remember I first pitched the film as a basic outline, but without much luck. Then in 2014 when the Senate Torture Report was published, I was back in, hooked. But once again, no one I talked to seemed that interested or ready for it. But by 2017, after a decade of talking about it late at night to colleagues, it was obvious that I needed to make it however weird that sounds. I couldn't get it out of my head. Luckily, I had just finished another documentary series with the actor Brian Cox in Russia and had spoken to my producer, John Archer of Hopscotch Films, about the idea. Without me knowing he began to get seed money so I could begin developing it.  I'm forever grateful.

This is clearly not a happy story, nor one that makes you feel 'good'. However I truly believe it is an important one, and one that we cannot and must not shy away from. It details collusion between the USA, the UK and somewhat surprisingly, Canada and it shows how these techniques have become the defacto 'go to' during interrogation worldwide. So I call it a painful film of record. One that calls out our governments for a systematic program of state endorsed psychological torture.

But I also believe this is optimistic, albeit with a small 'o'. That people are prepared to speak out across the globe gives me huge hope.

In terms of what I would like audiences to consider after seeing it, I'd like them to question whether our national security concerns are being served by the extreme psychological torture of fellow human beings. In this spirit, EMINENT MONSTERS is more than a film exposing the cruelty of our governments, it's a campaign to question and redefine the use of such techniques.

To this end we are incredibly proud to be working with United Nations Special Rapporteur on Torture, Professor Nils Melzer, and Reprieve, the campaign and advocacy group to use our film to bring about change. On 14th Feb 2020 Professor Melzer published his report in the use of Psychological Torture, citing Eminent Monsters as a direct inspiration, at the United Nations Human Rights Council.