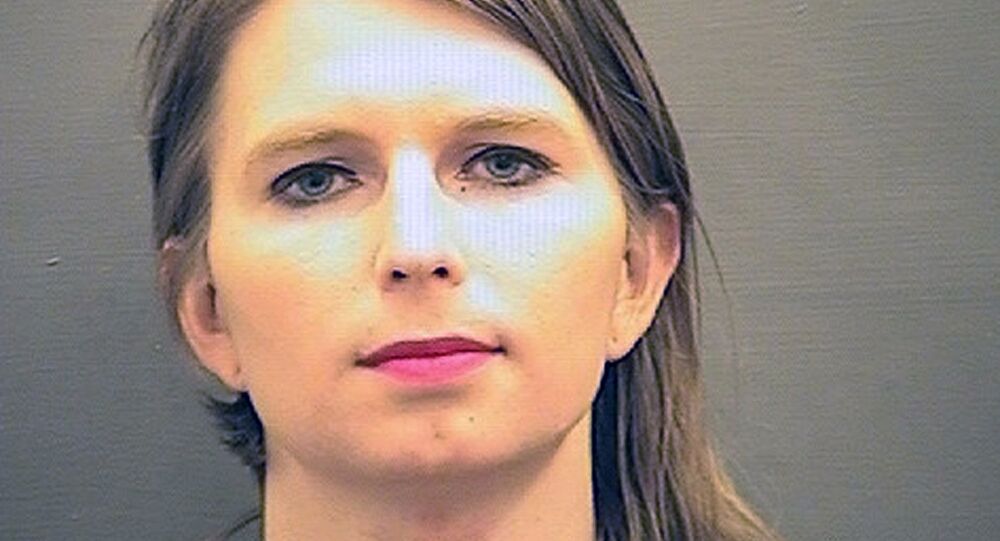 On 1 November 2019 Nils Melzer, the UN's torture expert, said the prolonged detention of Chelsea Manning for refusing to testify before a grand jury amounted to "torture". Manning was sentenced to 35 years in prison for her role in publishing classified documents which revealed US war crimes, before her sentence was commuted.

The UN's expert on torture Nils Melzer has described US Army whistleblower Chelsea Manning's recent suicide attempt as a "typical" act of desperation for someone subjected to "prolonged psychological torture". Melzer's comments were made via Twitter on 12 March 2020, the day after Manning's failed attempt to take her own life. She had previously attempted suicide in 2016 while serving a 35 year prison sentence for her whistleblowing activities, though her sentenced was later commuted by US president Barack Obama.

After speaking to @xychelsea's lawyers: Her state was critical but stable now.

Such acts of desperation are typical for the confusion, dehumanisation & suffering deliberately inflicted through prolonged #PsychologicalTorture (https://t.co/azqzjMO7bI).https://t.co/cwpKtYRd5n

The former intelligence analyst was jailed in May 2019 and fined $500 a day, which eventually became $1,000 a day, for refusing to testify to a secret grand jury believed to be targeting WikiLeaks publisher and journalist Julian Assange.

Be in no doubt. The US/UK govts are trying to break Manning+Assange. They want to send a message: if you expose our crimes, we will destroy you. These prisoners are the frontline of battle to hold on to our freedom. Those who remain silent are complicit. https://t.co/t6XcI1hiIb

​​The UN Special Rapporteur on torture and other cruel, inhuman or degrading treatment or punishment had already notified US authorities in November 2019 that he considered Manning's treatment as unlawful and ultimately amounting to torture.

On 1 November, UN special rapporteur @NilsMelzer called on the US government to end Chelsea Manning's "coercive detention" without delay and categorised it as "torture". He got no response. https://t.co/eLUiowEHqm

​After watching the new documentary Eminent Monsters: A manual for modern torture, Melzer was moved to produce a report which specifically focused on the practice of psychological torture. He presented this report to the UN's Human Rights Council on 28 February 2020.

Just out:
Advance copy of my Report on #PsychologicalTorture which I will present to the UN Human Rights Council plenary on 28 February.
For full text scroll down & click on A/HRC/43/49 here:https://t.co/uaOXxmLEOz#SRTorture #HRC43 @UN_HRC @UN_SPExperts @UNHumanRights pic.twitter.com/iU6XE3ZG2V

In his report on psychological torture Melzer, who worked with the International Committee of the Red Cross for 12 years, writes that:

"In contrast to physical torture, which uses the body and its physiological needs as a conduit for affecting the victim’s mind and emotions, psychological torture does so by directly targeting basic psychological needs, such as security, self-determination, dignity and identity, environmental orientation, emotional rapport, and communal trust".

​He describes the "purposeful infliction of fear" as the "most rudimentary method of psychological torture".

"The extreme psychological distress and enormous inner conflicts triggered by fear are often underestimated. In reality, especially the prolonged experience of fear can be more debilitating and agonizing than the actual materialization of that fear, and even the experience of physical torture can be experienced as less traumatizing than the indefinite psychological torment of constant fear and anxiety", he explains.

Chelsea Manning is recovering in hospital according to a statement from her lawyers. She's due to appear before Judge Anthony Trenga who will decide whether to stop the civil contempt sanctions against her which began in May 2019.

The former US Army whistleblower passed on thousands of documents to WikiLeaks and Assange which ultimately made up the Iraq and Afghanistan War logs, the Guantanamo Bay files, and the diplomatic cables. She was convicted by a military court on espionage related charges, though her 35 year sentence was commuted after she served seven years in prison. Assange is battling his extradition to the US for his role in publishing those documents were he faces up to 175 years in prison.