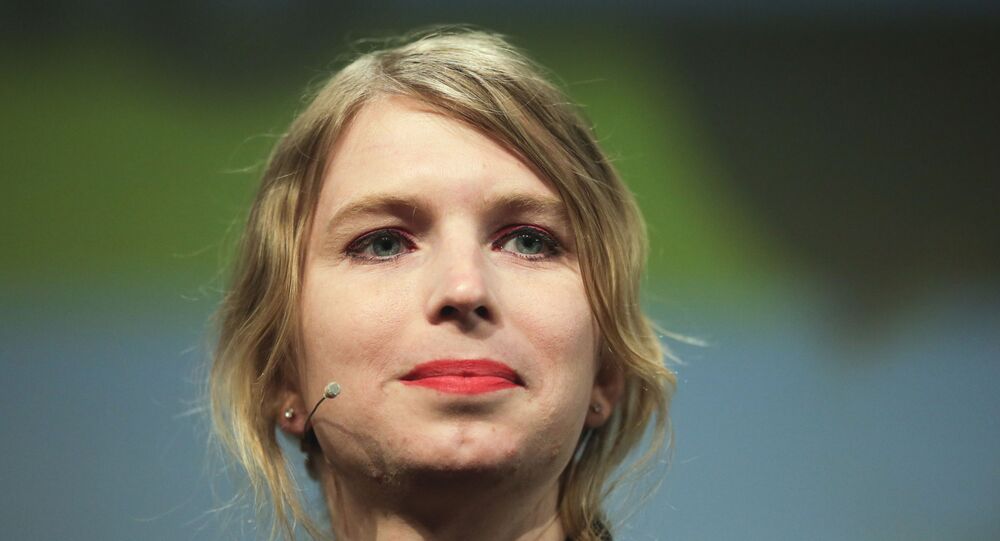 US Army intelligence analyst Chelsea Manning, 32, formerly known as Bradley Manning, has been held inside a jail cell at the Alexandria Detention Centre in Virginia since May 2019 for refusing to testify before a grand jury investigating WikiLeaks and Julian Assange.

According to The Daily Mail, citing sources, Manning attempted to hang herself with a sheet inside the detention centre. The WikiLeaks whistleblower reportedly had a pulse when she was found inside her cell at around 1 p.m., according to the media report.

"A jail deputy discovered her while conducting a check in the special housing unit where Chelsea is being housed [...] They found her with a sheet around her neck. Other deputies arrived and first aid was administered before she was taken to the hospital", a source said, cited by The Daily Mail.

"On Wednesday March 11 Chelsea Manning attempted to take her own life. She was taken to a hospital and is currently recovering", Moira Meltzer-Cohen said.

According to Meltzer-Cohen, Manning is scheduled to "appear on Friday for a previously calendared hearing, at which Judge Anthony Trenga will rule on a motion to terminate the civil contempt sanctions stemming from her May 2019 refusal to give testimony before a grand jury investigating the publication of her 2010 disclosures".

"In spite of those sanctions - which have so far included over a year of so-called "coercive" incarceration and nearly half a million dollars in threatened fines - she remains unwavering in her refusal to participate in a secret grand jury process that she sees as highly susceptible to abuse", Meltzer-Cohen said.

© Sputnik /
'No Harm' Resulted From WikiLeaks Revelations, US Government Admits At Julian Assange Court Hearing
According to her lawyer, Manning will not "betray her principles, even at risk of grave harm to herself".

In 2013,  a military judge found Manning guilty of 20 counts, six under the espionage act, but acquitted her of the most serious charge of aiding the enemy.

Manning served seven out of 35 years of the term she received for committing the leak to WikiLeaks before she was released in May 2017. Manning’s sentence was commuted by US President Barack Obama during his final days in office in early 2017.

In May 2019, Manning told a grand jury that she would rather starve to death than change her decision to testify on her past association with WikiLeaks.