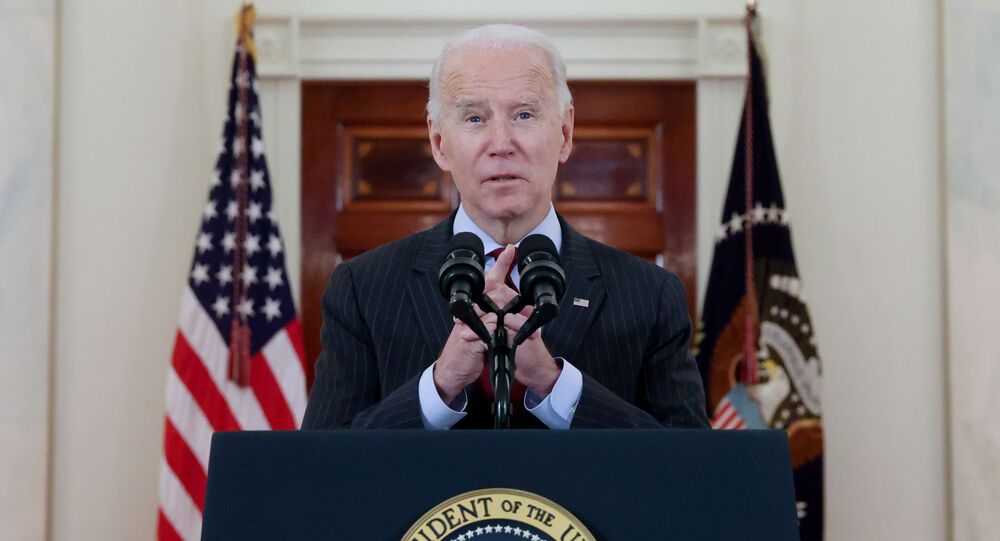 The Biden administration emphasised that Quad - an informal grouping of Australia, India, Japan and the US - will increase cooperation on maritime security. However, the US' focus on combating climate change and increasing democratic resilience in the Indo-Pacific area has sparked suspicions in the mind of geopolitical strategists.

The Joe Biden administration is likely to take a “less assertive” stance towards China in the four-nation Quad grouping, say experts, as they point out the “change in tone” of the US government towards the informal quartet which also includes India, Japan and Australia.

“Each member has its own strategic priorities, not only in their bilateral relations with China, but its impact multilaterally because China has globally increased its strategic and economic muscle power,” explains Colonel (retired) Ramani Hariharan, a former military intelligence officer with the Indian Army and currently a fellow at Indian think tank Chennai Centre for China Studies (CCCS).

“The US has other concerns beyond the Quad and Indo-Pacific theatre, in its larger relationship with China. So the US may not be in a rush to assume a leadership role in Quad, unless it not only has a well-structured outline of the organisation but also the issues it is likely to confront,” Hariharan says, adding that the meeting should be seen more of a familiarising opportunity for Biden officials.

© AP Photo / BINODJOSHI
Impact of Quad 'Diluted' by RCEP as China’s Economic Clout Recognised: Ex-Indian Foreign Secretary
Combating climate change has emerged as one of the areas of potential cooperation between the world’s largest and second-largest economies, as new US President Joe Biden earlier this month decided to rejoin the Paris Climate Agreement, which his predecessor Donald Trump exited in 2017.

In fact, climate change has also featured for the first time in the US’ readout after the third edition of the foreign ministers’ meeting, held virtually, between India’s S Jaishankar, US’ Antony Blinken, Australia’s Marise Payne and Japan’s Toshimitsu Motegi, on 18 February.

Several media reports alleged that the Biden administration could be trying to “dilute” the agenda of the Quad by focusing on issues such as climate change, rather than deepening the so-called “collective security architecture” that the previous Trump regime envisaged the four-nation informal grouping to concentrate on.

During the previous Quad foreign ministers’ meeting in Tokyo in October last year, former US State Secretary Mike Pompeo launched a brazen attack on China’s ruling Communist Party as he called for all the other governments to join in countering Beijing.

“As partners in this Quad, it is now more critical than ever that we collaborate to protect our people and partners from the CCP’s exploitation, corruption, and coercion. We’ve seen it in the south, in the East China Sea, the Mekong, the Himalayas, the Taiwan Straits,” Pompeo said.

Pompeo’s remarks attracted a strong reaction from the Chinese Embassy in Japan, which warned the four countries against forming “exclusive cliques” that threaten the interests of third parties.

Similarly, the US issued a call for the four countries to come together to counter Beijing at the first Quad foreign ministers’ meeting in New York in September 2019.

However, “confronting climate change” and “building democratic resilience” in the Indo-Pacific region are the other dominant themes of the US’ agenda for the Quad this time around, as well as a traditional focus on promoting an open Indo-Pacific and improving “maritime security”, according to Washington’s readout of the call as well as the US State Department's briefing on 22 February.

The reference to democratic resilience is to the political crisis in Myanmar, with the US lobbying other governments to put pressure on the military leadership of the south-east Asian country to hand back power to the ousted civilian government of Aung San Suu Kyi. The Myanmar situation also featured in the Quad foreign ministers' discussions.

Sumit Ganguly, a professor of political science at Indiana University as well as the author of several books on India’s foreign policy, tells Sputnik that there is definitely a “change in tone” from the Biden administration as far as the Quad is concerned, compared with statements and comments by the previous US government.

“The [Biden] administration, in my judgement, will not back off from dealing with an increasingly aggressive Beijing. Instead, it will avoid a confrontational posture when dealing with it,” reckons the Indian-American academic, as he heeds the statements of Biden team officials about Quad being a foreign policy “continuity” under Biden.

© CC0
India Refutes Report Claiming Russia’s Unease With Quad Behind Postponement of Bilateral Summit
The “change in tone” towards the Quad, as noted by experts, comes as several US officials, including National Security Adviser Jake Sullivan, remarked that the Quad was a “positive thing” that had come out of the previous Trump regime.

"I think we really want to carry forward and build on that format, that mechanism which we see as fundamental, a foundation upon which to build substantial American policy in the Indo-Pacific region," Sullivan said about the Quad.

Even Blinken recently remarked that he would hold China "to account" for threatening the stability in the Indo-Pacific region, during a conversation with Chinese politburo member Yang Jiechi this month.