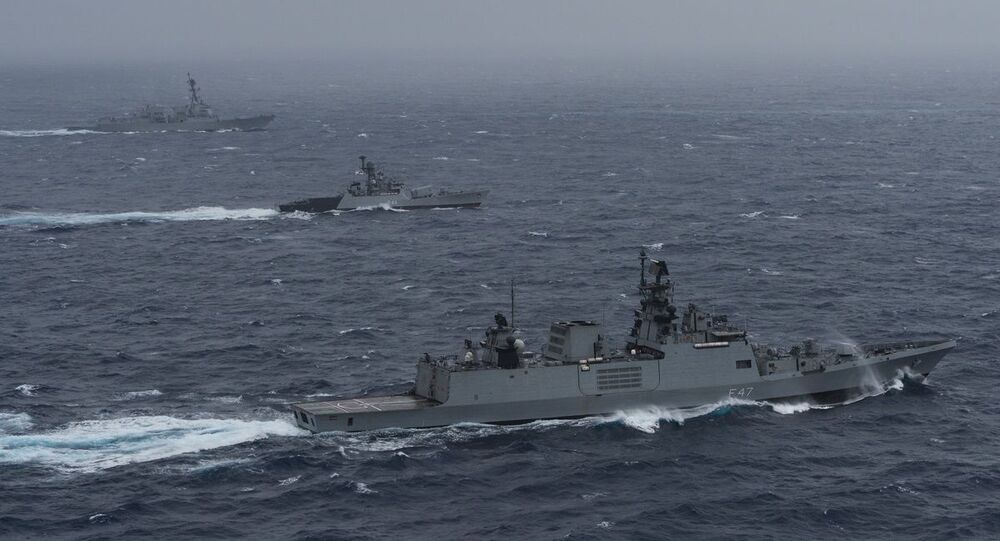 Amid India's bitter border conflict with China, New Delhi has sought increased defence cooperation with other countries and stepped up its participation in the US-led Quadrilateral Security Dialogue, QUAD. In the same spirit, New Delhi signed a Comprehensive Strategic Partnership with Australia in June.

The first phase of the war game involving the navies of the Quadrilateral Security Dialogue partners -India, US, Japan and Australia, started on Tuesday in the Bay of Bengal, off the coast of Visakhapatnam. The first phase of the war game known as Malabar20 would witness complex and advanced naval exercises including surface, anti-submarine and anti-air warfare operations. The second phase of the exercise is scheduled for mid- November in the Arabian Sea.

Captain Steven DeMoss, Commodore of the US Destroyer Squadron 15 said, India, Japan and Australia form the core of the American strategic partners across the Indo-Pacific.

“It is fitting to see our navies operate in a high end, tactically relevant exercise like Malabar. It is another opportunity to further strengthen our combined capabilities and enhance our partnerships,” added Captain DeMoss.

The exercise is being conducted on a ‘non-contact, at sea only’ basis in view of COVID-19 pandemic.

The joint exercise is taking place in the backdrop of a complex security situation in Indian subcontinent, especially New Delhi’s seven-month long border dispute with China.

US Secretary of State Mike Pompeo, during his visit to New Delhi on 27 October, had warned the world about the “threat posed by China”.

“I think the world has begun to recognise the threat posed by the ideology that emanates from the Chinese Communist Party,” he told an Indian publication.

Pompeo, during his media interaction on 27 October, said Washington would stand with New Delhi to deal with growing security challenges in the region.

India signed a landmark defence deal with the United States during the Dialogue which would allow New Delhi access to satellite and other surveillance data to improve the navigation and target capabilities of its automated military hardware systems and weapons.

The contentious border dispute with China began in last week of April, with New Delhi alleging intrusions to its territory by People’s Liberation Army soldiers.  India also moved its men with military assets to block further advancement of Chinese troops.