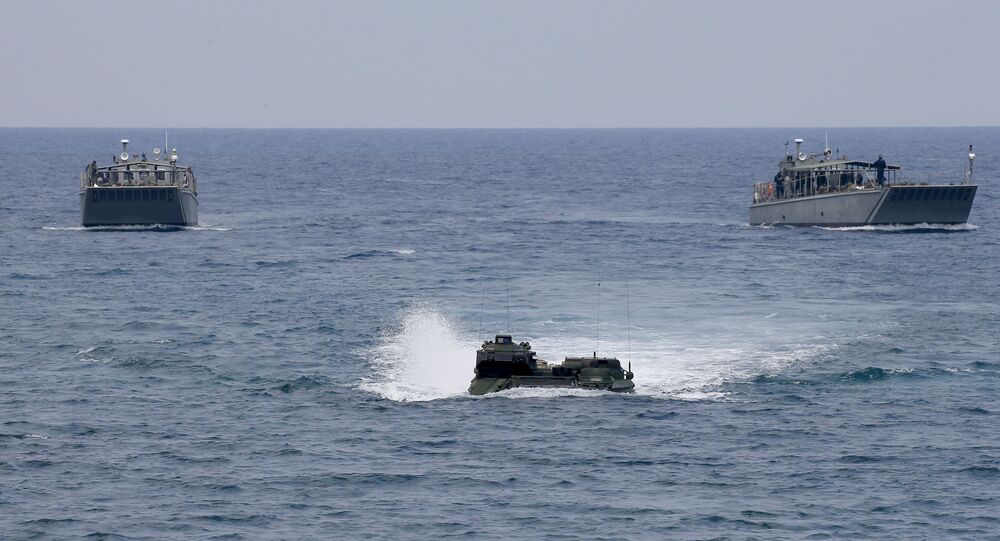 WASHINGTON (Sputnik) – US Secretary of State Antony Blinken told Chinese Communist Party Politburo member Yang Jiechi that the United States would hold China to account for its destabilizing activities in the Indo-Pacific region, a spokesperson for the US Department of State said.

“Secretary Blinken stressed the United States will continue to stand up for human rights and democratic values, including in Xinjiang, Tibet, and Hong Kong, and pressed China to join the international community in condemning the military coup in Burma,” Ned Price said on late Friday.

“The Secretary reaffirmed that the United States will work together with its allies and partners in defense of our shared values and interests to hold the PRC accountable for its efforts to threaten stability in the Indo-Pacific, including across the Taiwan Strait, and its undermining of the rules-based international system,” he added.

The State Department's comments came just a day after President Joe Biden held his first foreign policy speech, in which he characterized China as the United States’ “most serious competitor,”  but pledged to cooperate with Beijing “when it is in America’s interest to do so.”

In my call with my counterpart in Beijing, Yang Jiechi, I made clear the U.S. will defend our national interests, stand up for our democratic values, and hold Beijing accountable for its abuses of the international system.

​The 7th Fleet announced in an official news release on Friday that guided-missile destroyer USS John S. McCain crossed the South China Sea in what it called a "freedom of navigation" operation.

Beijing claims the South China Sea is its sovereign territory and has built military bases on artificially created islands. The country has also claims for disputed territories in the East China Sea. The United States views the South China Sea as an international waterway and sends warships to routinely patrol the waterways in so-called freedom of navigation exercises.