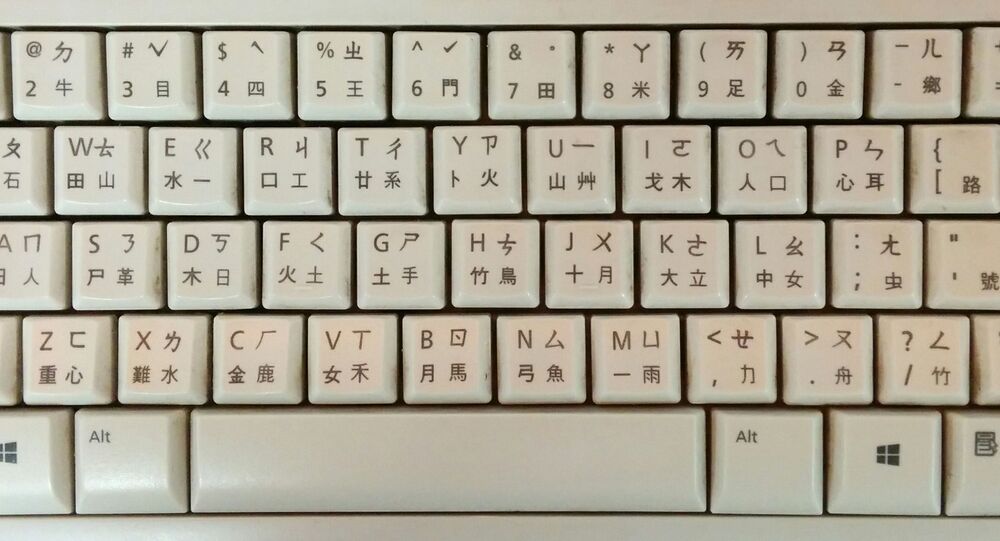 New Delhi (Sputnik): India’s Ministry of Education has called for a review of several higher education institutes offering the Chinese language. The ministry is looking at links with the Confucius Institute’s headquarters, Hanban, which says that China is exploring the benefits of promoting its national language in foreign countries.

As relations remain alienated between India and China following a 15 June violent face-off, China’s Confucius Institutes are next to come under the surveillance of the security agencies in the country. India’s intelligence and security agencies on 15 July warned the government about their concerns around the “growing Chinese influence in higher education and culture”.

Late in July, the Ministry of Education placed the higher education institutes offering Chinese language training under the scanner to probe links with Hanban, which runs thousands of Confucius Institutes across the world. Last week, the US also labelled the Confucius Institutes as a foreign propaganda mission of Chinese government-run global education programmes.

Meanwhile, responding to India's decision to review the Confucius institutes, Beijing has issued a veiled warning to New Delhi stating that all the institutes were established after signing legally binding cooperation agreements.

As per the Hanban website, there are three CIs in India, at University of Mumbai, the Vellore Institute of Technology, and Lovely Professional University. Other Chinese language departments under scrutiny are Kolkata, Bharathiar University, and K.R. Mangalam University.

As per Indian media reports, Bharathiar has denied receiving funds from Hanban, but another institute OP Jindal University accepted partnership with universities in China but runs a Chinese language centre in collaboration with a university in Taiwan. The Centre for Chinese and Southeast Asian studies at Jawaharlal Nehru University, which offers a language course, is also under scrutiny as it signed an MoU in 2005 but it never materialised because of some disagreements.

Talking to Sputnik, sinologist and chairperson of the Centre for Chinese and Southeast Asian studies Dr Bali Ram Deepak believes that after the plans with central universities in India fell flat, China targeted private universities as they do not depend on the UGC — the regulatory body of higher education — for the grant. They contacted these and successfully established a couple of institutes, he says.

Highlighting a government concern, Dr Deepak underscores that policy has not been coordinated as far as Confucius Institutes are concerned. “I think they would look to bring private universities as far as collaboration with China is concerned under tighter control so that they have to apply for the clearances from the central government, which as of now wasn’t done”, he says.

© AP Photo / Altaf Qadri
India Can Replace China's Apps in No Time, Defence Tech Moving Swiftly - Top Tech Institute Head
While central universities in India depend upon the government before forming partnerships with foreign universities, rules haven’t been same for the private universities, and the concern was raised with the Ministry of Education.

Sputnik reached out to Lovely Professional University and the Vellore Institute of Technology for comments on the review by the ministry, but they did not provide any.

Meanwhile, India’s External Affairs Ministry has stated that foreign cultural centres are supposed to adhere to detailed 2009 guidelines for the establishment and functioning of any centres supported or sponsored by an autonomous foreign organisation, including any Confucius Centre.

The guidelines make approval from the MEA mandatory for any MoU or agreement that such centres might wish to enter into with an Indian organisation, and if any Indian institution were to enter into or has entered into an arrangement which would come under the purview of these guidelines, then it would require the approval of the government, the ministry said in a statement.

Hanban, on its website, describes the institute as a non-profit organisation similar to the British Council, the Alliance Française, or Germany's Goethe Institute.

No Mandarin Learning in Schools

In its New Education Policy, India has slyly left out Mandarin in its list of foreign languages that are to be taught at the secondary school level. The language was included in a draft version of the policy released in May 2019, but was missing from the final document.

Dr Deepak thinks that “the move is nothing but a hint to China including institute review that you cannot transgress on our land, change the status quo and then wanting to have business as usual. It is not going to be business as usual”.

© REUTERS / Charlotte Greenfield
Beijing’s ‘Interference’ in Jammu and Kashmir Could See India Turn Aggressive Towards China: Experts
However, students pursuing the Chinese language course offered at the Centre for Chinese and Southeast Asian studies feel that with the current deteriorating ties with China, “it is more important to learn Mandarin in order to understand its arch rival”.

“Knowing the language of a particular country is not necessarily showing support or solidarity to that country, but the language could also be used as a tool to understand, evaluate and assess, in order to be prepared for any unprecedented challenges”, says Swapnanil Dhar, an MPhil scholar who has taken an advanced course in the language from Beijing.

An undergraduate Chinese language student at the Centre for Chinese and Southeast Asian Studies, Shilpa Chand, says the decision to not include Mandarin in the school-level curriculum is very “short-sighted with the present issues going on with China, learning Mandarin becomes more crucial than ever”.

While currently the Indian government is downplaying the importance of Mandarin, after the 2017 Doklam standoff, India’s then-Home Minister and now Defence Minister Rajnath Singh said that arrangements were being made to make sure that the Indo-Tibetan Border Police Force has a basic understanding of the Mandarin language at a training level.

However, the efforts did not materialise, even though universities in India like Sanchi, Vishwa Bharati, etc. had started a one-year course, with numerous troops being admitted in the last three years. The language barrier between Indian and Chinese troops along the border has become a big hurdle in communication while dealing with cases of border transgression.

In 2019, the Indian Army's Design Bureau developed a robotic translator which converts Mandarin into Indian languages. The equipment is expected to provide much-needed aid to defence forces amid a lack of proper communication among the soldiers of the two countries.

With the current border stand-off turning violent with the death of 20 Indian soldiers in a skirmish along the Line of Actual Control, the importance of learning the language has increased.

© AP Photo / Xinhua, Li Gang
India Develops AI-based Translator to Help Interact With Chinese Soldiers
However, Dr Bali explains that even institutes at universities do not have proper hard and soft infrastructure for Chinese language or research. He emphasises the importance of bibliographic sources, or scholars from other countries, funds for universities to resource these works and maintaining databases like China.

Currently, India might be sending signals to China over the conflict in the Himalayas, but a 2006 Education Exchange Programme, which stipulated plans to teach Mandarin in Indian schools, as well as Hindi language instruction in Chinese schools, was renewed by Prime Minister Modi during his visit to China in 2015.

India, China to Hold Sixth Round of Corps Commander-Level Talks