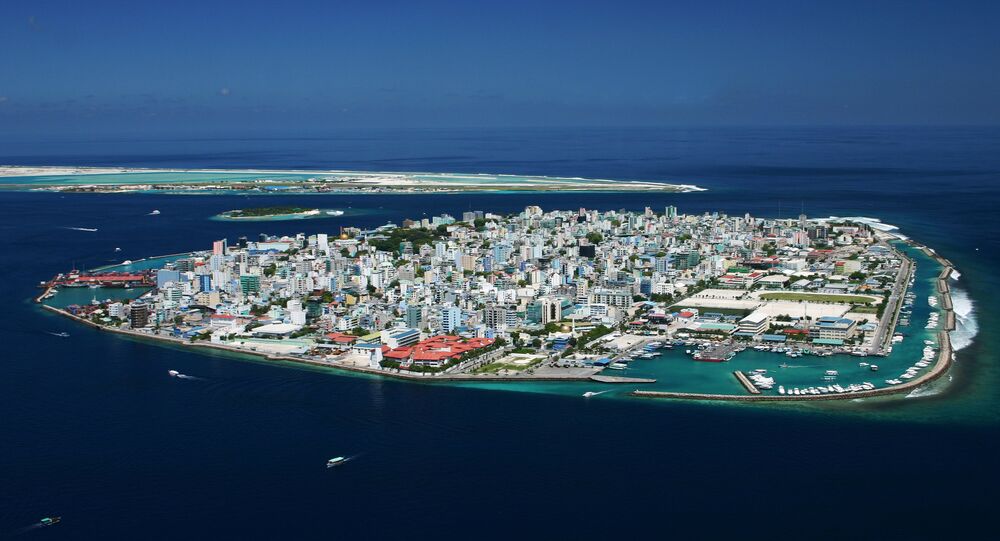 New Delhi (Sputnik): China has taken up key infrastructure projects in countries in the Indian Ocean Region such as Myanmar, the Maldives, Sri Lanka, etc., as part of its One Belt One Road connectivity initiative. Beijing’s presence in the IOR raises concerns for India, especially as the two are in a border stand-off in the Himalayas.

India has announced a financial package to fund the Maldives’ Greater Malé Connectivity Project. With a $100 million grant and a new line of credit of $400 million, India will help connect the capital Male with three neighbouring islands — Villingili, Gulhifahu (where a port is being built under an Indian LoC), and Thilafushi (a new industrial zone) by constructing a 6.7 km bridge-and-causeway link.

​Sources in India’s External Affairs Ministry have revealed that China was actively lobbying for this connectivity project as well, because of the strategic importance of the island nation in the Indian Ocean Region, where Beijing has been trying to increase its footprint.

Gulhifalhu port project is being developed at cost of around $300 million and Maldivian government had announced in February this year that the funds will be arranged via the India's Exim Bank in the form of a loan. The project intends to facilitate the relocation of the Male Commercial Port and create accommodation for 40,000 expatriates.

To increase the connectivity between the two countries, India’s External Affairs Minister S. Jaishankar has also announced a direct cargo ferry service and the creation of an Air Travel Bubble. The Maldives is the first neighbour with which an air bubble is being operationalised by India, likely to commence from 18 August.

The super low cost development assistance announced by @DrSJaishankar today is exactly what Maldives needs. Genuine help from a friend, to help us build critical infrastructure. Rather than eye-wateringly expensive commercial loans that leaves the nation mired in debt. @PMOIndia

​The move is expected to benefit both countries in terms of economic activity, tourism, employment generation, etc., the minister said during a joint session.

India’s huge investment in the island nation is being seen as a counter to Beijing’s China-Maldives Friendship Bridge under its Belt and Road Initiative.

On 11 August, China also signed an agreement worth $11.8million to develop micro-grid seawater desalination in five islands in Maldives.

© Sputnik / Irina Ryapolova
India Worries China may be Constructing South China Sea-Like Artificial Island in Maldives
In June this year, China backed AIIB approved a loan of $7.3 million to Maldives, the bank's 1st financing project in the country, to strengthen its health response to COVID19. China had also launched an ambitious social housing project in the Maldives' Hulhumale Island. The two countries were cooperating over all kinds of exchange programmes to strengthen people-to-people relationships.

As per the India's Gateway House research, China's investment in multiple housing projects, a power plant, a bridge, water and sewage treatment plants of Maldives worth around $1.5 billion.

China has been investing in infrastructure projects in countries in the Indian Ocean Region to encircle India as part of its strategy, according to experts, but Beijing has denied such allegations.