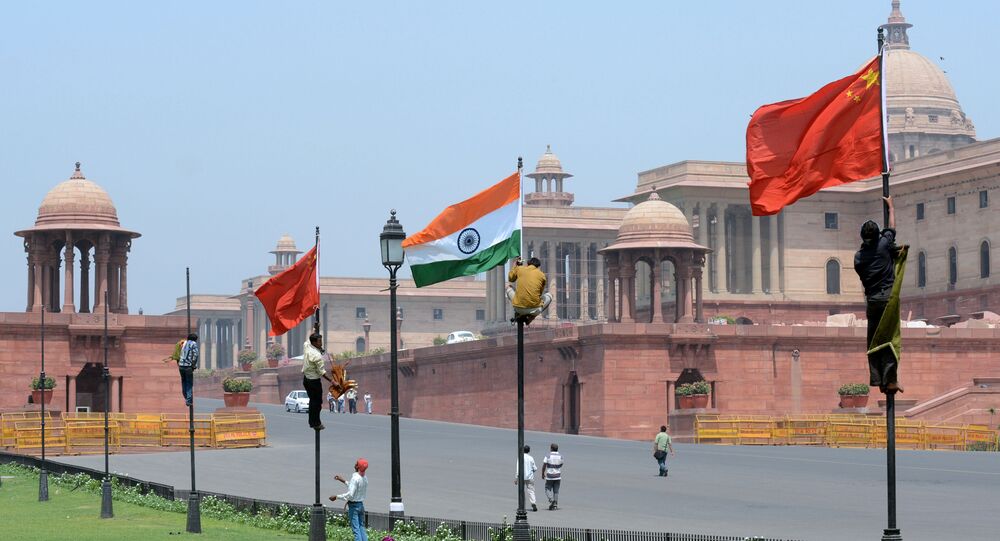 New Delhi (Sputnik): In the wake of a border dispute at Ladakh, India has taken a number of measures against China on business and trade. A ban on Chinese apps, restrictions on foreign direct investment and an imposition of import duties are some measures. On 11 August, Indian tax authorities raided Chinese entities.

One day after Indian tax authorities raided Chinese entities in the country, to investigate money laundering transactions, the Chinese embassy in New Delhi on Wednesday urged the Narendra Modi government to enforce the law impartially.

The Indian government was also urged by Beijing diplomats to ensure the legal rights of Chinese citizens during the raids.

A spokeswoman with the Chinese Embassy in India, Ji Rong, said in a statement, “The Chinese government has always required overseas Chinese citizens to abide by local laws and regulations. At the same time, we also require foreign governments and relevant departments to enforce the law impartially to ensure the safety and legal rights of Chinese citizens.”

On Tuesday, India’s apex tax authority, the Central Board of Direct Taxes, said in a statement, “A search action revealed that, at the behest of Chinese individuals, more than 40 bank accounts were created in various dummy entities, entering into credits of more than $133 million over the period."

According to sources, a Chinese national named Luo Sang has been questioned by the tax officials.

Sources have alleged that Luo used a fake Indian passport claiming to have been issued from India's northeastern state of Manipur.

India has upped the ante on trade and business with Beijing since border tensions emerged between the nations in April in the Galvan sector of India's Ladakh.

On the intervening night of 15-16 June, Indian and Chinese troops had a violent clash at the Galvan Valley, killing 20 Indian soldiers. Since then, economic ties between the two nations have declined.

Retaliating against Beijing on trade and business, Delhi has taken a number of measures including banning over a hundred mobile applications owned by Chinese firms and imposing tariff restrictions on Chinese imports. Major Chinese apps such as TikTok and UC Browser have been banned as well.

On trade, India has restricted imports of televisions from China, imposed tariffs on agriculture tillers and extended an anti-dumping duty on certain varieties of steel.

Delhi is also in the process of reworking free trade agreements with southeast Asian nations, suspecting that Beijing is using one or more of these nations as a proxy for pushing its exports into the country.

India, China to Hold Sixth Round of Corps Commander-Level Talks