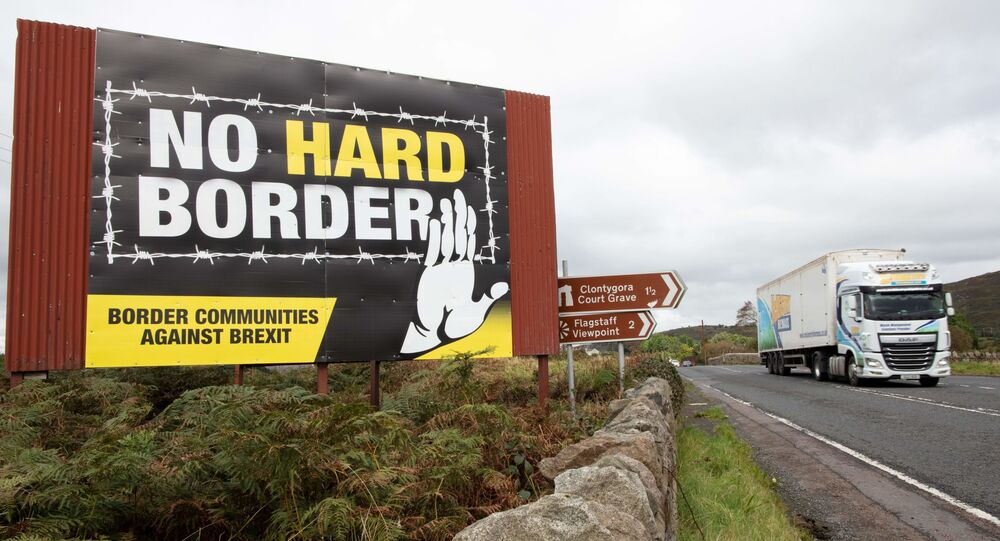 UK Prime Minister Boris Johnson finally signed off on the post-Brexit future partnership agreement hammered out with the European Union on Christmas Eve just hours ahead of the transition deadline, dodging a disorderly exit from the bloc, with the bill fast-tracked through parliament and receiving royal approval on Thursday.

Ireland is gearing up to beef up police patrols along the land border with Northern Ireland ahead of the Brexit transition deadline in an effort to prevent organised crime teams from taking advantage of the new trading regime, reports the Financial Times.

Although there will be no new checks on cross-border trade because of the Brexit protocol to keep the seamless frontier open, the national police service of the Republic of Ireland, the Garda, plans to create roving checkpoints in the border region as the new arrangements take force over the new year.

“We are very conscious that any change that will come into place has the potential for organised crime groups to try and take advantage of that,” said Liam Geraghty, a Garda superintendent, adding:

While acknowledging that there was no information pertaining to any specific threats to the border, or intelligence regarding how criminal groups might potentially illicitly benefit from the new regime, Mr. Geraghty added:

“People living along the approximately 500-km border will see an increased Garda presence over the coming days. Members of [the force] will not be posted on the border, will not be manning permanent checkpoints or guarding infrastructure.”

Earlier, the Garda said it had enhanced the number of officers posted to the border region by 20 percent since 2016, when the UK voted in a referendum to exit the EU.

The plan to boost border policing post-Brexit came as the Prime Minister of the government of Ireland Micheal Martin instructed businesses to make final preparations for new customs, food and animal safety checks that will be installed to trade with the UK after the end of the transition period at the end of the year.

In line with the deal, Northern Ireland will continue to follow EU internal market and customs rules to ensure unimpeded trade with the Irish Republic. This, in turn, will now necessitate new Irish Sea checks on trade between Northern Ireland and Great Britain.

The reintroduction of checks between the republic and Britain, scrapped originally in 1993 after a single EU market was formed, has prompted Dublin to recruit 1,500 new officials. The government also constructed new IT systems, with ports and airports acquiring the required infrastructure.

The Prime Minister also warned that the introduction of checks on 1 January could result in congestion around Dublin Port, with officials earlier elaborating specific traffic plans tailored to address bottlenecks around Dublin Port, near the city centre.

Approximately 900,000 UK cargo shipments will require new checks annually due to Brexit, according to port officials. This figure is a significant rise from the 200,000 annual checks previously registered.

Gerry Harrahill, director-general for customs in the Revenue tax authority, was quoted as saying that 95 percent of Irish companies importing from the UK and 96 percent of exporters had already registered for customs.

Nevertheless, he expressed concerns that many had postponed the procedure until the last minute, driven by uncertainty in the Brexit trade talks, as they floundered ahead of the transition cutoff date.

Gerry Harrahill emphasised “change is happening”, as he warned that things could not stay as before.

“Businesses need to understand the new reality and be able to engage with that reality. If your goods are stopped for customs, agri or food safety checks, you should expect that this will take time. You can’t simply drive off a ferry that arrives from the UK and leave the port in the way that you can today. That is an unavoidable new feature of trade with Great Britain.”

The UK officially left the EU on 31 January 2020, entering an 11-month-long transition period, throughout which the country continued following EU regulations.

After months of stalled UK-EU talks that floundered over several crucial sticking points, such as fishing, so-called level playing field and governance, Britain’s Prime Minister Boris Johnson and European Commission President Ursula von der Leyen finally agreed on a partnership deal between the bloc and the UK on Christmas Eve, that will come into force on 1 January.

​Under the deal, Northern Ireland simultaneously remains a part of Britain, while continuing to enjoy access to the EU customs union and adhering to single market regulations to keep its borders with The Republic of Ireland open.