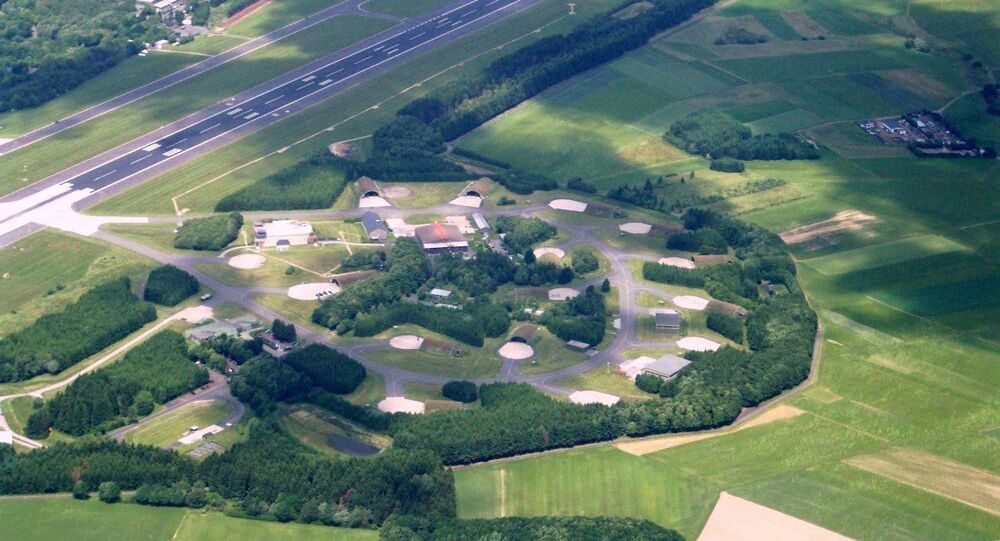 Leading politicians from the Social Democrats, a partner in Germany's ruling coalition, have called for scrapping all US nuclear weapons in the country, but the other parties remain opposed to such a move.

Members of German Chancellor Angela Merkel's conservative Christian Democratic Union (CDU) have scorned a recently renewed call by politicians from the junior partner in the coalition, the Social Democratic Party (SDP), to withdraw US nuclear arms from German territory.

"The SPD is in total nirvana about security policy, CDU member of parliament Patrick Sensburg was quoted as saying by Handelsblatt.

According to him, the Social Democrats forget “that US nuclear weapons are primarily for our protection” and, if the politicians persist with their calls, “our international partners will doubt Germany’s ability to fulfill its role in the future, within the transatlantic security scheme.”

The comments by SPD politicians were deplored not only by the CDU but also by the Free Democratic Party (FDP).

"The demand from SPD parliamentary leader Mützenich is the wrong signal at the wrong time… It is naive to believe that Germany would have the same influence on NATO's nuclear strategy if US nuclear weapons were withdrawn," DW quoted the FDP defense affairs spokeswoman Marie-Agnes Strack-Zimmermann as saying.

The spokeswoman added that Germany must quickly decide on a successor to the Tornado aircraft currently used by Germany's military if it was to fulfill its responsibilities as part of the alliance.

© AFP 2020 / Tobias Schwarz
A technician works on a German Tornado jet at the NATO air base in Incirlik, Turkey.

The escalating debate around the presence of US nuclear arms in Germany was recently reignited when two senior figures in the Social Democratic Party talked of the need to scrap the American weapons.

"Nuclear arms on German soil do not strengthen our security, quite the contrary. It is time Germany ruled out them being stationed here in future,” the SPD's parliamentary leader Rolf Muetzenich was quoted by Tagesspiegel daily.

His view was echoed by the party's co-president Norbert Walter-Borjans.

"My position is clear against their being stationed (in Germany), being made available and of course the use of nuclear arms," he was cited as saying by Sunday's Frankfurter Allgemeine.

Mutzenich justified his call largely by referring to the revised US nuclear strategy under President Donald Trump. Reiterating that the Trump administration saw atomic weapons not solely as deterrents but as weapons of aggression, the politician warned of the "incalculable” risk of escalation.

The remarks by the SPD's parliamentary leader followed suggestions by Defense Minister Annegret Kramp-Karrenbauer, who is also Chairwoman of the Christian Democratic Union (CDU) to replace the ageing fleet of Tornado aircraft currently used by Germany's military with Eurofighter and US F-18 multirole combat jets as part of the NATO deterrence.

The US has stored nuclear bombs across Europe, including at the Büchel air base in Germany, since the cold war when they were seen as an alleged “deterrent against Russia”.

The Germany government officially terms the deal with Washington a "nuclear sharing agreement."

While the precise number of US bombs stored in Europe is unknown, estimates put them at roughly 150, with Germany, Belgium, the Netherlands and Italy all part of the sharing agreement, writes DW.

In March 2010, Germany's parliament passed a cross-party resolution calling on the government to "emphatically" work towards removing all nuclear weapons from Germany, yet the country seems unlikely to withdraw from the deal any time soon and is, in fact, set to receive modernized bombs.

According to Hans Kristensen, director of the Nuclear Information Project at the Federation of American Scientists, cited by the outlet, nuclear weapons stored at the German base are approaching the end of their life cycle and the US is seeking to upgrade them.