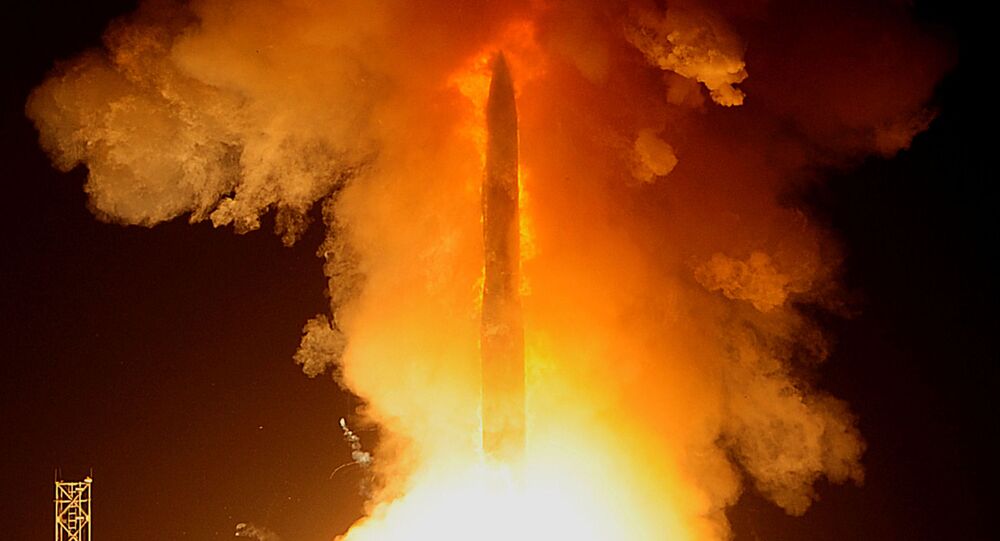 February 2018 saw the rollout of the US’ new Nuclear Posture Review, which specifically maintained the need for updating its nuclear triad in the country’s defence strategy.

Developing the US nuclear triad remains a key task for the Pentagon amid the ongoing COVID-19 pandemic, Ellen Lord, US under secretary of defence for acquisition and sustainment, told a virtual press briefing on Monday.

“Obviously, our first priority in DOD [Department of Defence] relative to acquisition is the nuclear modernization process of the nuclear triad, [which includes intercontinental ballistic missiles, atomic submarines and strategic bombers]. We look at Missile Defense Agency. We look at those critical capabilities we have”, she pointed out.

Referring to the Pentagon’s “continued efforts to mitigate impacts from COVID-19”, Lord also pointed to the DoD’s main focus on “the greatest pain points”, which she said are “really aviation, shipbuilding, and small space launch”.

Her remarks came as the number of confirmed coronavirus cases in the US military had increased to 3,496 as of 21 April, according to the Defence Department’s latest estimates. The military’s COVID-19 death toll currently stands at two.

The document clarified that Washington "would only consider the employment of nuclear weapons in extreme circumstances to defend the vital interests of the United States, its allies and partners.

The NPR addressed US nuclear capabilities, as well as the challenges allegedly posed by Russia, China, rogue states, and nuclear terrorism.

According to the document, US nuclear forces should contribute to the “deterrence of nuclear and non-nuclear attack”, “achievement of US objectives if deterrence fails”, and “capacity to hedge against an uncertain future”.