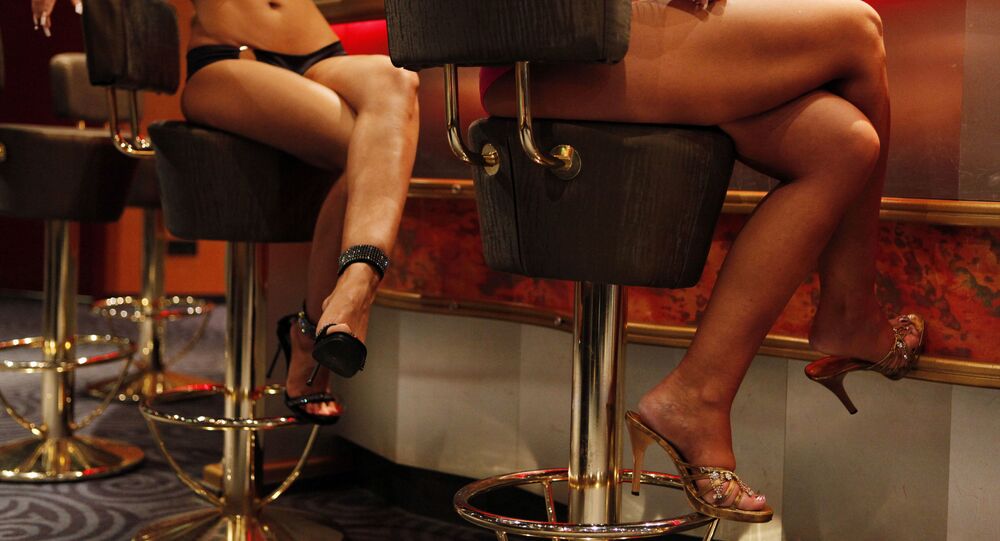 Prostitution is considered to be a legal activity in Germany, with many sex workers classified as self-employed. However, as the coronavirus pandemic has shut down many non-essential businesses in the country, including adult-entertainment establishments, some foreign prostitutes have found themselves in a difficult situation.

Around 80% of the 100,000 to 200,000 prostitutes in Germany are foreigners from Bulgaria, Poland, Romania or Ukraine, the representative of the association Susanne Bleier Wilp said. Many of these workers did not manage to make it home in time before the borders shut down and were left homeless, with no income or place to stay.

"We're talking about 3-4% who are the most vulnerable in the industry. They came here with nothing hoping to earn some money. Now they are staying with friends or living on the street. A lucky few are staying in the brothels”, Wilp explained.

Sex workers are classified as self-employed in Germany, where prostitution has been legal for more than a decade, but few are aware of their rights. Even if they pay taxes and are theoretically entitled to unemployment benefits from the government’s fund set up to help freelancers during the health crisis, they still find the current situation catastrophic.

“The coronavirus has been a disaster for me”, a prostitute from Poland known to her clients as Nicole told Reuters. “I have had no income since mid-March and no place to sleep”.

Nicole is hoping to get unemployment benefits from the German government, if the Job Center accepts her tax returns.

© REUTERS / ISSEI KATO
Are Sex Workers a Driving Force Behind Many Corona Cases in Tokyo's Kabukicho District?
So far, she was left homeless after the brothel where she was renting a room and accepting clients has been shut down.

Last month, the German government closed all non-essential businesses like cafes, restaurants, clubs and brothels in order to contain the spread of coronavirus. More than 84,000 people have been infected with the virus in Germany so far, according to data provided by Johns Hopkins University, and almost 22,500 people have already recovered from the illness.