Many thousands of Romanian teenagers are being lured into debt bondage and exploitation by trafficking gangs whose nefarious network is spread all across Europe.

Romanian anti-trafficking investigators claim that the UK has become  Europe's biggest market for sex slaves.
Girls as young as 10 or 11 are being “exported” throughout Europe, and are sometimes sold by their own parents in a near-medieval manner, claims Iana Matei, the founder of Reaching out Romania.

Matei runs a shelter for survivors of trafficking, tucked away at a clandestine site 70 miles from the capital Bucharest.

It is no surprise, she says, that most of the victims are originally from rural Romania, where up to 70 percent of the population lives in poverty.

When Romania joined the EU in 2007 there were high hopes that citizens would be able to enjoy passport-free travel and see improvements in workers' rights.

However, the grim reality today is that many have ended up as sex slaves in London, Berlin and Rome.

According to Matei, the traffickers are capable of pinpointing girls' vulnerability and capitalising on it. They know the victims have trouble at home, no income, and trouble finding a job.

Iana's shelter has been increasingly staving off brazen attacks by gangs as they try to recapture their victims, ramming the gates with cars and communicating with their former captives via lasers. 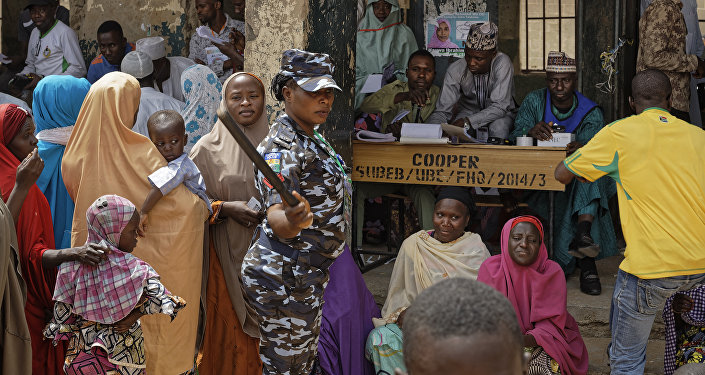 Matei claims she has no fear of the criminals, and will persist in trying to help the victims, as she has been doing for over 20 years.
Iana Matei herself fled the country at the height of the Romanian revolution. Upon returning from exile in 1999, she founded Reaching out Romania.

Lack of support for the victims of the sex slavery is something that horrified her back then, and things haven't gotten much better, as the country is mired in corruption, says Matei. She added that some officials keep their eyes closed and take bribes, while others brush the situation off as too complicated to deal with. Reform of the entire system, she contends, is the only solution.

In an attempt to somehow tackle the situation, Romania has set up a national anti-trafficking agency, ANITP. It helps identify victims and subsequently offers them a measure of support after repatriation.

Romania’s EU membership allows it to forge  deeper security co-operation via law enforcement agencies such as Europol and Eurojust, as well as the European Arrest Warrant.

Once suspected traffickers bring their victims to British soil, they are apprehended by British Border Force officers due to shared intelligence through a Romania-UK task force that has been set up.

Romania's anti-trafficking agency revealed that Britain had overtaken Germany in 2018 as the main destination for sex slave trafficking.
Agency spokesman Mihai Serban claimed that the UK is currently the top destination country, with 114 identified victims of the sex trade.

Serban added it was currently unclear why the UK had become a key destination.

The study is flawed, Serban said, as it only counted "identified" victims, and the true scale of the clandestine trafficking is nearly impossible to quantify.

According to Unseen UK, a charity that provides a hotline for modern slavery victims,  the suspected total number of Romanians enslaved in Britain has already exceeded 1,200.

It is time for Western countries to shoulder some responsibility, Serban insists, as they are the source of the demand for the victims. Human trafficking on such a horrific scale with such impunity would not be possible without specialised demand, he added.

Campaigners in Bucharest and London claim that Romanian authorities are failing to provide sufficient support for victims once they have been rescued by police and returned to Romania.