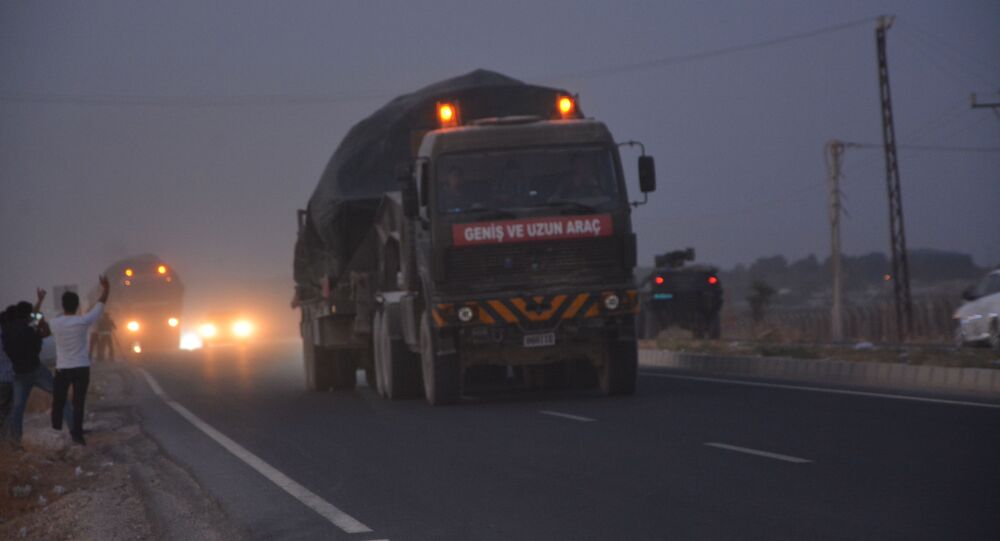 According to Finnish Prime Minister Antti Rinne, Turkey's actions have exacerbated the already-complicated humanitarian situation in Syria and could potentially spark a new refugee crisis.

Finland's centre-left government, led by the Social Democrats, has condemned the Turkish offensive in Syria, pledging to stop all arms exports to Ankara.

“The situation is serious. For my own area of responsibility, I note the following: Finland does not export defence material to countries that wage wars or violate human rights”, Finnish Defence Minister Antti Kaikkonen of the Centre Party tweeted. “No new arms export licenses from Finland to Turkey will be granted for the time being. The situation is also being investigated for the arms export licenses already granted”, Kaikkonen added.

​The Finnish government also issued a press release condemning the Turkish offensive on Syria and demanding that the offensive be called off.

“Finland supports the European Commission's statement by Jean-Claude Juncker, calling for the measures to cease,” the press release said.

According to the Finnish government, there is no military solution to the conflict in Syria, and the Turkish measures could potentially jeopardise the gains made in the fight against Daesh*.

“Turkey's actions are exacerbating the already-complicated crisis in Syria. We are very concerned about the effects these measures could have on the humanitarian situation in Syria”, Social Democrat Prime Minister Antti Rinne said in the press release.

He also said that the offensive could spark a new refugee crisis, and calledg for the EU to step up preparedness.

In 2017, Finland exported weapons to a total of 77 different countries to the tune of almost $200 million. Most weapons were sold to Poland, namely various vehicles including Patria armoured vehicles. However, Turkey has emerged as one of Finland's leading partners as well, with almost $15 million worth of arms.

Last year, Finland decided not to grant new permits for arms exports to Saudi Arabia when it discovered that vehicles sold to the Middle-Eastern country were being used in the conflict in Yemen.