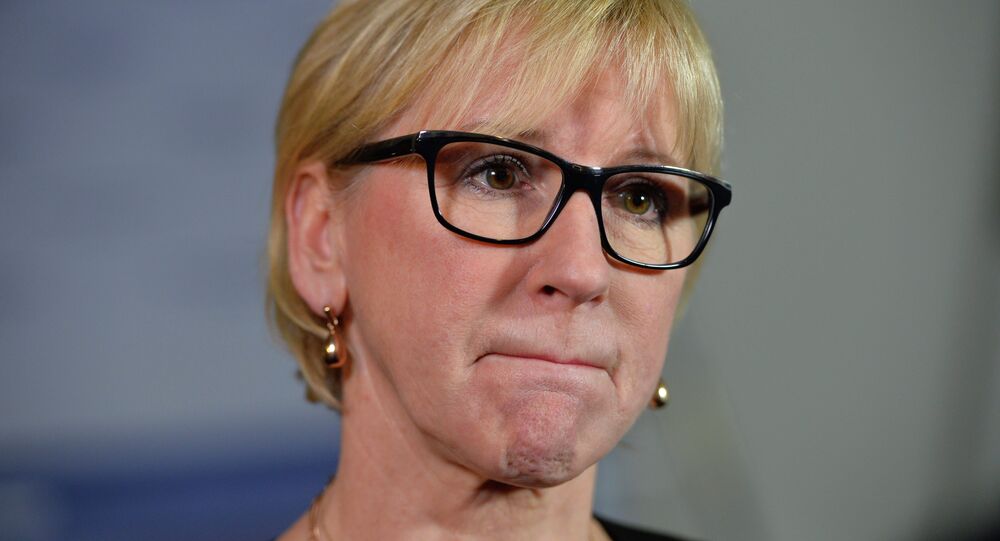 Over the past several weeks, Norway, Germany, Denmark and Finland have announced they will stop arms exports to Saudi Arabia, calling their European peers to do likewise. While all of the nations have cited the Saudi military and humanitarian crisis in Yemen as the reason, Denmark also referenced the murder of Saudi journalist Jamal Khashoggi.

While all of Sweden's Scandinavian neighbours (and Germany) have stopped arms exports to Saudi Arabia, Stockholm stands out for its plans to maintain its military cooperation with the regional superpower citing its 'limited' scale.

For Sweden's part, it is about follow-up deliveries to previous purchases, despite rising opposition from the Green and the Left Party.

Swedish Foreign Minister Margot Wallström, who is known for having unleashed a diplomatic spat with Riyadh by calling Saudi Arabia a 'medieval dictatorship', voiced concern about the perceived lack of human rights in the Middle Eastern country, while at the same time downplaying the importance of Swedish arms exports.

"Sweden's military equipment exports to Saudi Arabia have recently been very limited. Since 2015, no permits for new military equipment export have been issued," Wallström said in a Facebook post. At the same time, Wallström stated that the circumstances surrounding Jamal Khashoggi's death must be clarified and voiced her 'deep concern' over the human rights situation in Saudi Arabia.

Wallström also referenced the Inspectorate for Strategic Products (ISP), the authority supervising arms exports as the body that makes decisions on these matters. The ISP, in turn, reiterated that exports from Sweden are a consequence of previously concluded contracts and mostly involve spare parts and equipment maintenance. Karl Evertsson of the ISP stressed that no new business licences for Saudi Arabia have been issued in the past five years.

In April, Sweden introduced guidelines for arms exports in order to make it more difficult to provide countries that fail to meel meet democracy and human rights requirements with arms.

However, some parliamentary parties argue that these measures are insufficient and that all military cooperation with Ryadh must be disrupted.

The Green Party has been pushing for a complete halt to arms deals with Saudi Arabia since 2015. Although the party is currently part of a transitional coalition goverment with a limited mandate, it doesn't intend to push harder at the current moment, unless it garners the support of more parties.

"Our deliveries do not have the same value as Germany's extensive arms exports," Green Party MP Annica Hjerling told the newspaper Dagens Nyheter, admitting that a stop would rather have a symbolic effect. Instead, a comprehensive EU embargo would be more useful, she argued.

The Left Party, currently in opposition, is in favour of an immediate stop of arms sales to dictatorships. Hanna Gunnarsson of the Left Party defence committee cited 'oppression and the murder of Khashoggi' as the reasons for the termination.

The ISP does not report which specific spare parts Sweden sells to Saudi Arabia, but indicated that some of the items are listed as electronic equipment, UAVs, military software, and monitoring systems.