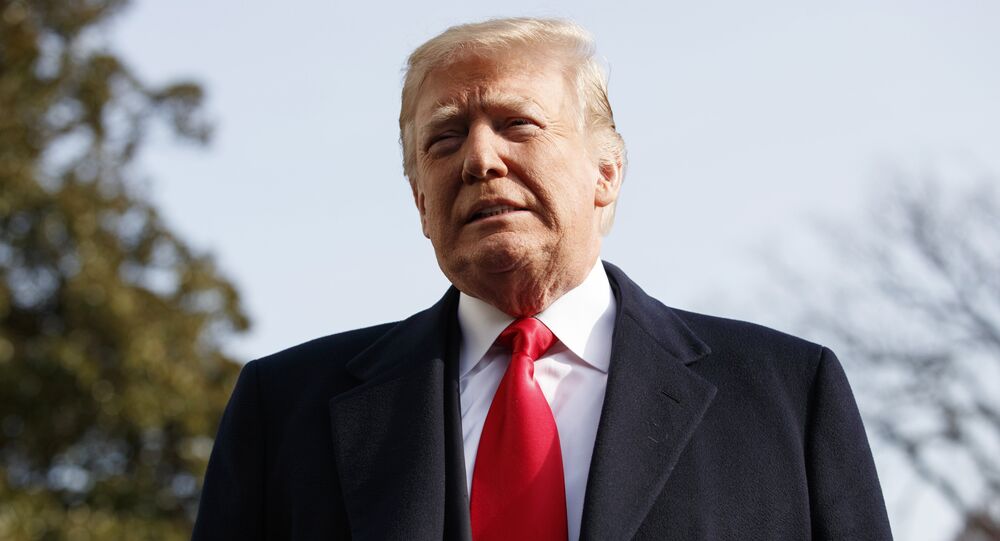 Trump Agrees on Need For Sanctions Against Turkey, Wants Something 'Tougher Than Sanctions'

On Wednesday, Turkey launched a military operation in Northern Syria against PKK/YPG and Daesh, claiming that the offensive is aimed at clearing the border area of terrorists and creating a security zone to accommodate Syrian refugees.

Speaking with journalists on Wednesday, US President Donald Trump said that he does "agree on sanctions, but I actually think much tougher than sanctions", referring to possible consequences for Turkey after Ankara kicked off a military offensive in Syria's north.

The US president revealed that Washington had moved several dangerous Daesh terrorist fighters from prisons in northern Syria amid the Turkish offensive.

"We are taking some of the most dangerous ISIS [Daesh] fighters out, we've taken them out", Trump said. "We're putting them in different locations where it's secure".

Trump also mentioned that the United States' involvement in the Middle East is "the worst mistake".

Earlier in the day, Turkish President Recep Tayyip Erdogan announced the start of 'Operation Peace Spring' in northern Syria against Kurdish groups and Daesh terrorists. Erdogan said the goal of the operation is to neutralize terror threats against Turkey and establish a safe zone in the area.

The Kurdish-led SDF is reported to currently be detaining at least 12,000 suspected Daesh fighters spread out over seven prison facilities inside Syria near the Turkish border, according to the BBC. An estimated 4,000 of those detained are thought to be foreign nationals.

Turkey views Kurdish forces in Syria as an extension of the Kurdistan Worker’s Party (PKK), which is considered by Ankara to be a terrorist organization. The People’s Protection Units (YPG) is the armed wing of the PKK.