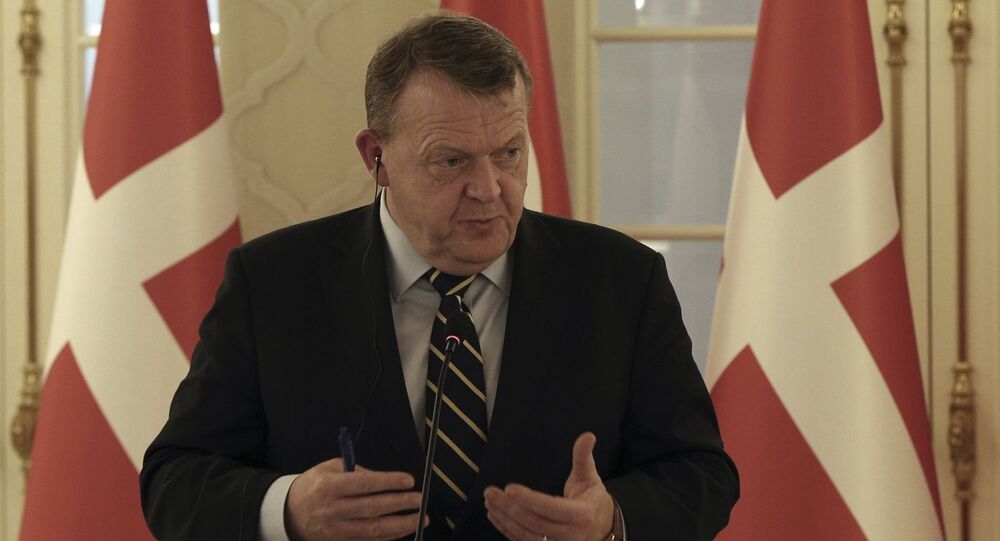 Denmark's outgoing PM and the long-serving leader of the liberal-conservative party Venstre has urged the EU to call, should they want “a pragmatic, middle-aged, cold-blooded, liberal Scandinavian”.

Denmark’s acting but outgoing Prime Minister Lars Løkke Rasmussen has emerged as a candidate for the European Union’s top slot out of the blue, as Jean-Claude Juncker is stepping down as president of the EU.

“If they suddenly think they need a pragmatic, middle-aged, cold-blooded, liberal Scandinavian, then they can just call”, Lars Løkke Rasmussen told Danish Radio.

According to Sigge Winther Nielsen, the author of Løkke Rasmussen's biography “Projekt Løkke”, the outgoing Danish prime minister would gladly accept the opportunity snatch a leading post in Brussels, having developed a great interest in EU cooperation in recent years.

“Few Danish prime ministers wouldn't want an international top rank, so I believe that if he gets an offer, then he will find it hard to say no”, Sigge Winther Nielsen, who has a PhD in political science and is head of politics, press and public affairs at the Danish Association of Lawyers and Economists, suggested to the Danish newspaper Altinget. “And I believe he would be good at the job. He's really tenacious, and this is what it takes have the 28 countries to hang around”.

However, Rasmussen himself admitted that Vestager remains Denmark's leading bid. According to Altinget, Løkke will still support Vestager's bid for a number of obvious reasons. First, because they are both Danes. Second, because a majority in the Danish Parliament has asked him to do so. Third, because they are both part of Europe's liberal ALDE party alliance, whose leading candidate is Vestager.

However, Altinget argued, Løkke Rasmussen does indeed stand a chance for Brussel's top job himself, especially if EU leaders cannot agree on any of the current candidates, which include Germany’s Manfred Weber and the Netherlands' Frans Timmermans. Germany's outgoing Chancellor Angela Merkel is also rumoured to be a possibility.

Lars Løkke Rasmussen was Denmark's prime minister between 2009 and 2011 and between 2015 and 2019, acknowledging defeat to the “red” bloc led by the Social Democrats. He has led the liberal-conservative party Venstre since 2009.

Venstre is a centre-right liberal pro-free market party with roots in the Nordic agrarian tradition. Venstre's “tax stop” in order to halt tax hikes has been under heavy fire for allegedly benefiting the rich.

The EU's outgoing President and former Luxembourgian Prime Minister Jean-Claude Juncker has been tied to a number of controversies, including allegations of turning Luxembourg into a major European centre of corporate tax avoidance, derived from a document leak known as LuxLeaks. He is also known for his informal behaviour, such as patting politicians on the belly, kissing them on the head and slapping them on the cheek.

Juncker also claimed that because of a 1989 car accident, he suffers from painful sciatica attacks, which occasionally cause him unsteadiness while walking. On the internet, though, these are often attributed to his alleged drinking habit.

Jean-Claude Juncker, so drunk he can barely stand. The people of Europe deserve better than this. pic.twitter.com/Lfav94WFO5