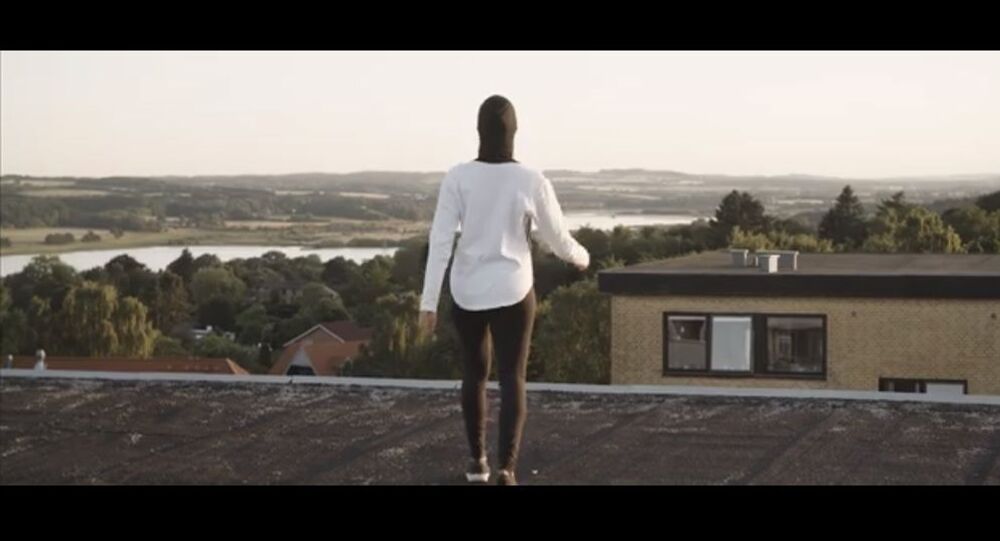 “Amira”, the “ambitious, responsible, hard-working” and seemingly well-integrated Muslim woman from the The Liberal Youth's ad, has turned out to be Klara, who doesn't wear the Islamic veil and is not even a Muslim.

The ad, which sparked a lot of controversy, features “Amira” a free and seemingly well-integrated Muslim woman, who is shown jogging, bathing, studying, enjoying a romantic relationship and finally removing her hijab. “Amira” is described as “ambitious, responsible and hard-working”. As VU themselves put it, she “wants Denmark”.

​The only problem is that “Amira” doesn't exist and is a fake persona. The fictitious “Amira” is in fact played by Klara-Maria Rønnebro, a Danish actress, who has never been Muslim.

“Of course, one must take into account that it is an ad. I'm an actress. Everything is staged,” 22-year-old Klare-Maria Rønnebro told the daily newspaper Berlingske.

“Meet Klara. She is not a Muslim and does not wear a headscarf,” a user said, mocking the Liberal Youth's “message of diversity”.

“Next week we shall present her sister Fatah Morgana,” another user quipped.

“VU has effectively proven that the integration of devout Muslims is impossible. Thanks for the effort, VU!” a user named Curiositorious tweeted.

“So what do you say, VU? Impossible to find a truly liberal Muslim, huh?” another user scoffed.

While many assumed that the type VU conjured didn't exist in real life, Liberal Youth chairman Jakob Sabroe insisted that examples of well-integrated Danish Muslims are indeed numerous. According to him, an actress was preferred to a real person for fear of retaliation, as strict interpretation of Islam doesn't allow women to take off the headscarf as they please, let alone being filmed naked.

“If we had found a person from the Muslim environment, we would fear the consequences it could have for her,” Sabroe told Radio24syv.

According to Sabroe, the video was intended to “piss off people in both camps”, from sympathisers of hardline Islam to Danish nationalists.

Venstre is a major Danish liberal-conservative party that has produced many prime ministers, including former NATO Secretary General Anders Fogh Rasmussen. In the 2015 general election, it garnered 19.5 percent of the vote, forming a coalition government.