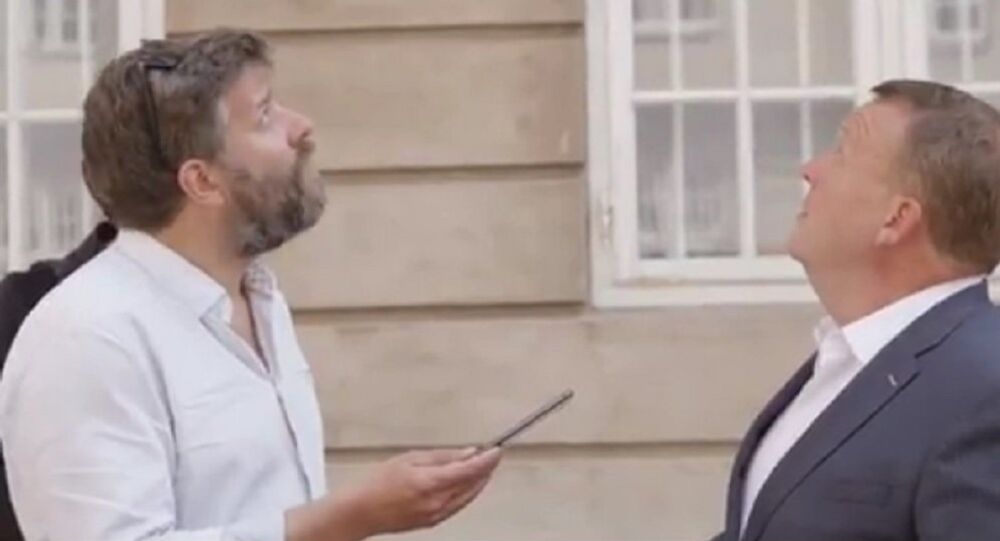 Ironically, Lars Løkke Rasmussen himself previously mentioned the possibility of being hit on the head by a roof tile, while planning his succession.

During TV2's street interview with Danish Prime Minister Lars Løkke Rasmussen outside the National Museum of Denmark, a tile fell from a height of around 12 metres, landing in dangerous proximity to the nation's leader.

According to TV2’s reporter Sverre Quist, the tile landed about one metre from Rasmussen.

Journalist Cathrine Bloch of the national newspaper Berlingske, who was also present, tweeted that the incident looked “seriously insane”.

​While nobody was injured in the incident, the National Museum is investigating into the cause of the falling tile. Head of communication Jacob Frische ruled out attributing the fall to renovation, assuring it was not to blame.

A visibly shaky PM was immediately taken to safety by police security personnel after the tile hit the ground, TV2 reported. He was able to comment on the incident shortly afterwards, however.

“I think we all had a shock there. But fortunately I was not hit on the head by a roof tile,” Lars Løkke Rasmussen said. “We have things under such control in the Venstre party that we’d know what to do even if I were,” he added afterwards.

Ironically, Rasmussen specifically mentioned being “hit on the head by roof tile” in 2014, while presenting a succession plan in case of an emergency.

“For just a split second, you think, 'you never know'. It’s a small reminder that nothing should be taken for granted in life,” Løkke Rasmussen said.

However, Rasmussen himself later uploaded a video of the incident oton his Instagram page.

Rasmussen stressed that he's okay and has been “full of energy” for the last 53 hours of Venstre's election campaign ahead of the upcoming general election.

55-year-old Lars Løkke Rasmussen has led the liberal-conservative Venstre party since 2009 and has served as Danish Prime Minister from 2009 to 2011 and again since 2015.