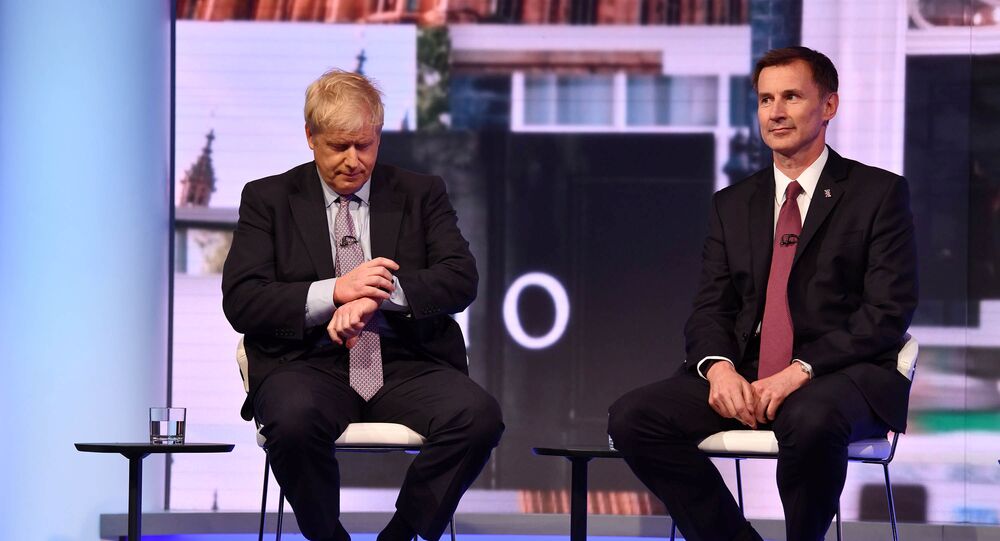 Following Theresa May’s announcement in May that she would resign as Prime Minister, 10 leadership contenders launched bids to replace her. On 22 July, the new leader of the Conservative Party will be chosen from remaining candidates through a postal ballot of the 160,000 party members.

Boris Johnson and Jeremy Hunt have secured their places as the final contenders for Tory Leadership, making it through the MP votes and onto the members' ballot.
In the final vote for MPs, Boris Johnson remained the frontrunner after securing 162 votes, with Jeremy Hunt in second place with 77 votes, and Michael Gove failing to scrape into the final round with just 75 votes.

This is the most one issue leadership election ever.

Candidates are positioning themselves as either a deal, or no deal PM.

It’s only fair that when the Tory membership decides what Brexit means to them, the country gets the chance to confirm or reject this. pic.twitter.com/arYBYYMSP5

Former Foreign Secretary and Mayor of London Boris Johnson is the clear favourite among the grassroots party members and the probable victor. He has maintained a steady lead over other candidates, despite running a retracted campaign and not participating in the first live debate.

Before the decision, the two potential PMs will be subjected to 16 televised hustings meetings followed by 2 debates. This will be followed by a postal ballot of the Tory party members.

More on how much old ideological attachments no longer matter in the Tory party in the #Brexit era: Boris Johnson is the clear favourite for leader despite being a soft, social-liberal, “One Nation” Tory, even though most members think of themselves as “Thatcherites”. pic.twitter.com/gEES5OWQrw

At 1 pm on Thursday Sajid Javid was eliminated from the race. On 6 pm the same day, Michael Gove was knocked out.

The next Prime Minister will take the reins as leader of a minority government held up in a confidence and supply arrangement with the DUP and will be tasked with delivering Brexit. An issue which has seen the end of two consecutive Conservative Prime Ministers. ​

We keep talking about “our next prime minister” in this contest. But this will be the first time that we cannot be sure that whoever wins will actually command the support of the House. As a result they might not be prime minister for very long.

The remaining candidates both claim they are determined to leave the EU by 31 October with or without a deal. However, during a Tuesday night televised debate Boris Johnson said that it was now “extremely feasible” that the UK would leave on the date set by the EU.

Jeremy Hunt criticised Mr Johnson’s stance as not being “definite” in his answers.

The only former-candidate following the first round offering support for Theresa May’s thrice-defeated withdrawal agreement, Rory Stewart, said he would not publicly endorse any candidate, but he did say he would be voting in the secret ballot.

However, the lead was not to be maintained as Mr Hunt stormed ahead of Gove in the final MP vote.

Taking the “conserve” out of Conservatives.

It was reported by The Daily Telegraph that Boris Johnson’s team was seeking a pact with Nigel Farage in the event of a snap general election, which would see the Brexit Party standing down in some seats to prevent a split vote and allow a Labour victory.
A poll among Tory members, most of which support leaving the EU, showed that a majority would prefer that Brexit did not take place than see Jeremy Corbyn as Prime Minister.