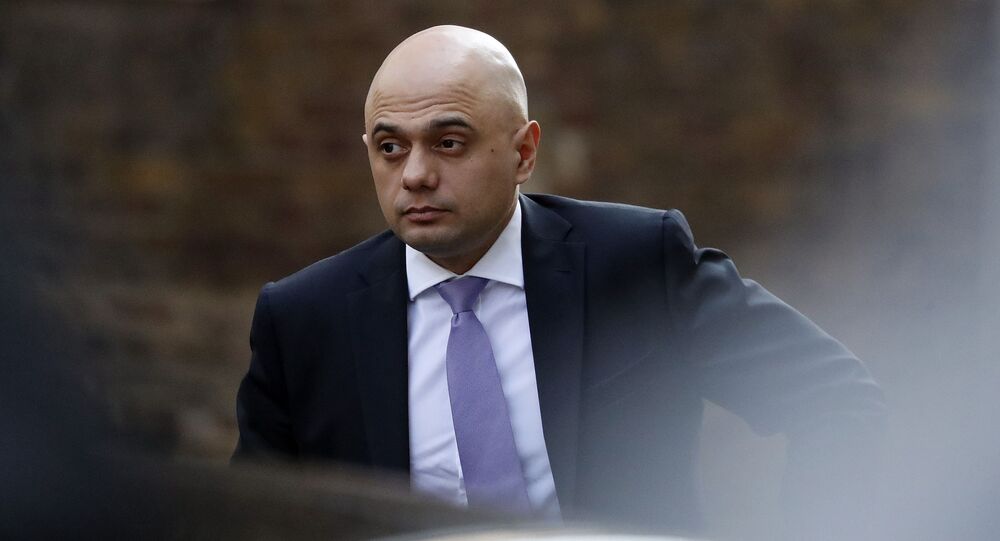 Sajid Javid Crashes Out of Tory Leadership Contest But Will Gove or Hunt Take on Boris Johnson?

The caretaker Prime Minister, Theresa May, will step down on 22 July to be replaced by a new leader of the Conservative Party after a ballot of its 160,000 members. They will pick from the final two candidates who will be decided on Thursday 20 June.

The Home Secretary, Sajid Javid, has been eliminated from the contest to be the next leader of the Conservative Party after the latest round of voting among Tory MPs.

Mr Javid obtained only 34 votes, well behind Boris Johnson on 157, Michael Gove on 61 and Jeremy Hunt on 59.

A final round of voting will take place on Thursday afternoon, with the two candidates with the most votes making it onto a ballot paper which will be sent out to all 160,000 members of the Conservative Party.

"Some men are born mediocre, some men achieve mediocrity, and some men have mediocrity thrust upon them", is, by the way, a perfect description of the Tory leadership contest.

The two final candidates will face 16 hustings meetings around the country and two televised debates before Tory party members send in their postal votes.

Mr Johnson, the former Foreign Secretary and Mayor of London, remains the hot favourite to become leader and obtain the keys to 10 Downing Street, at the head of a minority government which is kept in power by the 10 MPs of the Democratic Unionist Party (DUP).

The Tory leadership contest is like flushing a toilet bowl filled with turds, and whichever one floats to the top and refuses to flush gets to be Prime Minister.

​On Wednesday 19 June the International Development Minister Rory Stewart, the only one in the pack who had ruled out a no-deal Brexit, was eliminated with 27 votes.

Before Wednesday's vote, Mr Stewart said he had been speaking to Mr Gove about potentially joining forces but on Thursday he made it clear he would not be endorsing anyone.

While we wait for the result at one, in leadership contest news, there will be not one but two helicopters for the candidates to get around the country to different hustings - paid for out of the cash the final 2 have to raise and give to the party

​Mr Hunt had come second in the first three rounds and promised: "If I make it to the final I will put my heart and soul into giving him the contest of his life."

But it is hard to see what Mr Hunt - a Theresa May loyalist who was in step with her all the way through the Brexit negotiations - brings to the table.

WATCH: Remarkable moment during #PMQs as Ian Blackford calls Boris Johnson racist and then when asked to withdraw the comment by the Speaker, just doubles down. pic.twitter.com/Gh3UTm0kdK

​Work and Pensions Secretary Amber Rudd on Thursday called on Mr Johnson to act after a report in the Daily Telegraph that some of his supporters were planning to back Mr Hunt in a bid to terminate Mr Gove’s campaign in revenge for the latter stabbing Mr Johnson in the back during the 2016 leadership contest.

“I’ve said it before and you could probably chant it with me in unison now: None of your business,” says May in answer to the enquiry as to how she voted.

​Ms Rudd said: "This is a serious moment. We don't need that sort of game playing going on in parliament."

Mrs May has refused to endorse any candidate and has reportedly not even told her husband who she has voted for in the previous rounds.

The Chancellor of the Exchequer, Philip Hammond - who is widely expected to be replaced if Mr Johnson becomes Prime Minister - is expected to use his Mansion House speech on Tuesday night to call on all the candidates to outline a Plan B if Parliament rejects both Mrs May's Brexit deal and a no-deal Brexit.