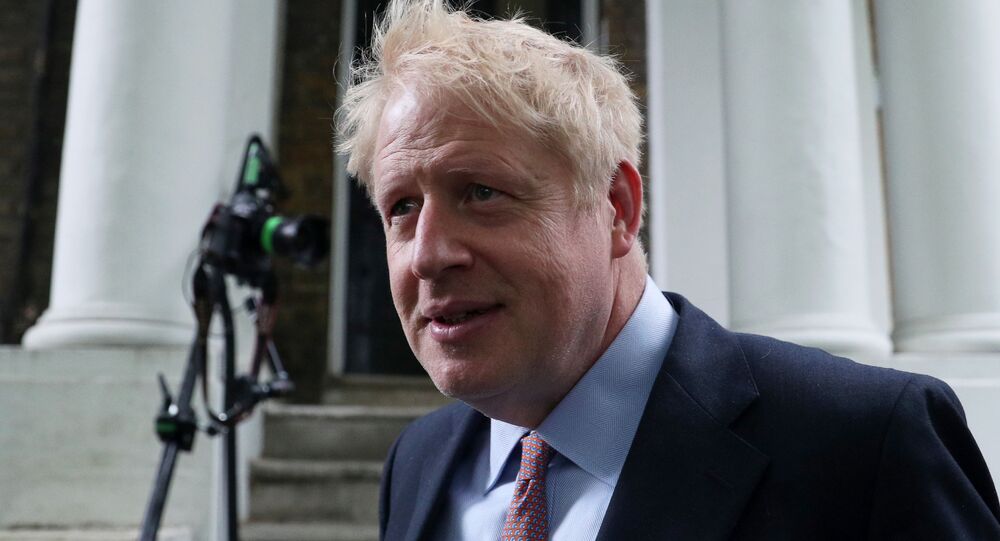 Britain’s former foreign secretary Boris Johnson has emerged as the front-runner to replace outgoing Prime Minister Theresa May after the first round of votes in the Tory leadership contest.

A fresh survey by OnePoll in The Sun has suggested that former London mayor Boris Johnson, who is vying to take Theresa May’s spot as UK prime minister, is three times more popular than his closest opponent, Foreign Secretary Jeremy Hunt.

Johnson’s hopes were boosted as 46 percent of Tory voters said that they want him as their next PM, and what is more, his approval rating among Conservative voters is said to be higher than the combined score of Hunt, Home Secretary Sajid Javid, ex-Brexit Secretary Dominic Raab, and International Development Secretary Rory Stewart.

The opinion poll has as well backed a claim by Johnson that he would “take away the oxygen of Nigel Farage and the Lib Dems, and then defeat Jeremy Corbyn and his antiquated Labour Party”.

The former foreign secretary, who is an ardent proponent of Brexit, officially launched his political campaign on 12 June and topped the first ballot in the Tory leadership contest the following day, gaining 114 votes.

In a Wednesday speech, he promised to finalise the UK’s divorce from the EU and defeat “insurgent parties”, while referring to Farage’s Brexit Party and the “red-toothed, red-clawed socialism” of Corbyn’s Labour Party.

While there initially were ten candidates bidding for the leadership of the Conservative Party, the first round of the Tory contest knocked out three contenders, who failed to reach the threshold of 17 votes.

Addressing his Brexit vision earlier this week, Johnson said that if he was elected Tory leader, his government would scrap the controversial Irish backstop and solve the issue only when the EU is ready to agree a future relationship.

He also pledged to withhold a £39 billion Brexit divorce payment until the bloc agrees to more favourable terms for Britain to leave.

While Cameron voluntarily announced his resignation the following day after Britain voted Leave, May was forced to step down last month after repeatedly failing to meet halfway with the parliament on the withdrawal agreement she had negotiated with the EU. She will remain a caretaker prime minister until a successor is elected in July.