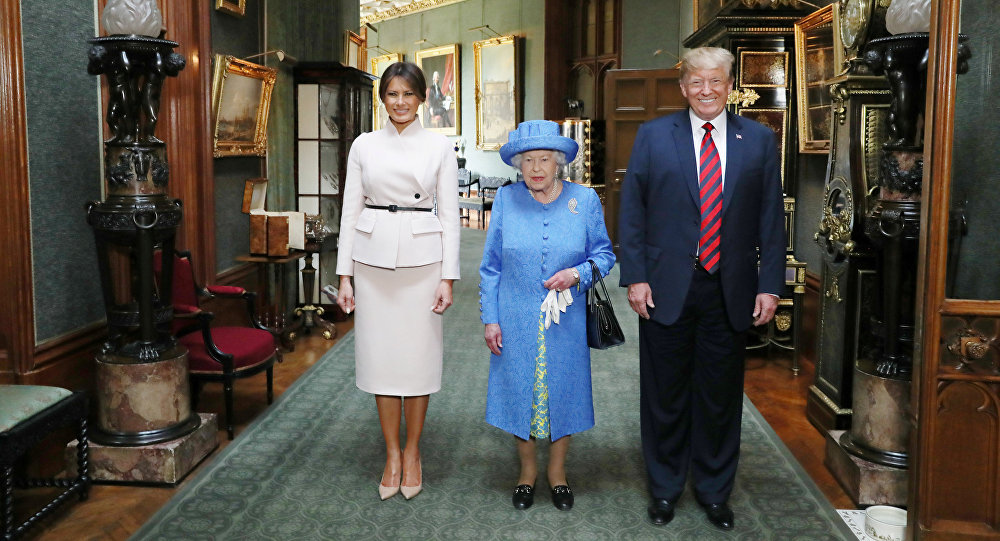 During his upcoming state visit to the UK next month, US President Donald Trump will most likely not address the UK Parliament, as House of Commons Speaker John Bercow continues to oppose the idea of Trump addressing the body.

According to a report by the Guardian, the US president will visit the UK between June 3 and June 5. During the visit, Trump will attend ceremonies marking the 75th anniversary of D-Day, June 6, 1944, when the Allied forces (Great Britain, France, the Soviet Union and the US) invaded northern France (then occupied by Germany) through beach landings during World War II.

"I feel very strongly that our opposition to racism and sexism and our support for equality before the law and an independent judiciary are hugely important considerations in the House of Commons," Bercow said back in 2017, after UK Prime Minister Theresa May first invited Trump for a state visit.

Last week, Bercow and opposition Labour leader Jeremy Corbyn also both refused an invitation to attend a banquet to be held in honor of Trump's state visit in June.

The Guardian, citing anonymous government sources, writes that it is unlikely Trump will be allowed to address Parliament, for fear his presence would spark altercations. However, a final decision regarding the matter has not yet been made.

Bercow's position has also been strongly opposed by the Lord Fowler, the speaker of the House of Lords in the UK Parliament.

"I profoundly object to any attempt to ban the president when he is coming to Europe to mark the anniversary of the D-Day landings when so many Americans were killed and wounded in defense of our freedom," Fowler told the Cambridge Union Society in April, the Sun reported.

"It also seems to me that if our role inside Westminster is to uphold the rights of backbenchers and their right to free speech, it would be ironic to apply a different standard to the elected president of the United States," he added. "It is my view that we should not stifle views we may disagree with or shy away from lively debate."

UK Foreign Secretary Jeremy Hunt also sided with Fowler, declaring earlier this month that "it is very important when you have a state visit by our closest and most important ally that we think about the office as much as the person," Sputnik previously reported.

"I hope we make the best possible welcome for President Trump. He is a controversial politician, but in the end his visit is about more than Trump's policies, it is about the alliance between the United States and United Kingdom that goes back many, many years," Hunt added.

Trump was invited to make a state visit to the UK in January 2017, but the plan was called off after it generated huge protests. The US president instead traveled to the UK in July 2018 on a working visit, where he met Queen Elizabeth II. That trip did not constitute a full, official state visit.

While Britain attempts to depart the EU, May said in a statement earlier this month that Trump's state visit would be an opportunity for the UK "to strengthen" the country's "already close relationship" with the US "in areas such as trade, investment, security and defense, and to discuss how we can build on these ties in the years ahead," the New York Times reported.

Almost Half of Britons in Favor of Trump State Visit